The Secret Service alerted Palm Beach police to be on the look out for Pavlick’s 1950 Buick. Around 9 p.m. on December 15, he was arrested as he entered the city via the Flagler Memorial Bridge onto Royal Poinciana Way. Palm Beach motorcycle police officer Lester Free stopped the light colored Buick for driving erratically on the wrong side of the road and for crossing the center line. When Free called in the license plates authorities realized they had Pavlick. Squad cars sped to the scene and surrounded the dynamite laden car and arrested the feeble old man without incident.
Once in custody Pavlick begin “singing like a bird.” He unashamedly admitted to his plans and detailed his movements and activities. Pavlick told the arresting officers, “Joe Kennedy’s money bought the White House and the Presidency. I had the crazy idea I wanted to stop Kennedy from being President.” When the Secret Service learned those details the agency was shocked. Secret Service Director U.E. Baughman later said it was the most serious assassination attempt since militant Puerto Rican pro-independence activists stormed the Capitol in an attempt on President Harry S Truman on November 1, 1950.
An Associated Press dispatch, dated December 16, 1960, announced: “A craggy-faced retired postal clerk who said he didn’t like the way John F. Kennedy won the election is in jail on charges he planned to kill the president-elect. Richard Pavlick, 73, was charged by the Secret Service with planning to make himself a human bomb and blow up Kennedy and himself.” It was only then that the public learned just how close Pavlick came to killing Kennedy.

Because Pavlick didn’t get near Kennedy on the day he was arrested, the story was not immediate national news. The story of Pavlick’s arrest happened the same day as a terrible airline disaster, known as the TWA Park Slope Plane Crash, in which two commercial planes collided over New York City, killing 134 people (including 6 on the ground). The plane crash story, the worst air disaster in U.S. history up to that time, occupied the national headlines and led the television and radio newscasts.
The media was laser focused on the crash’s only survivor, 11-year-old Stephen Lambert Baltz who had been traveling alone on his way to spend Christmas in Yonkers with relatives. The boy was thrown from the plane into a snowbank where his burning clothing was extinguished. Barely alive and conscious, he was badly burned and had inhaled burning fuel. He died of pneumonia the next day. The assassination plot quickly faded from public attention.
Initially, Pavlick was charged with attempting to assassinate the new President. Pavlick told reporters that he was looking forward to the trial as an opportunity to voice his theories about the rigged election, Kennedy was a fraud and that he (Pavlick) was simply a patriot trying to save the Republic. For his part, Kennedy remained nonplussed about the attempt to kill him. On the day of the incident, JFK held a news conference outside his Palm Beach “Winter White House” to introduce his choice for Secretary of State, Dean Rusk. The sympathetic Kennedy urged the Justice Department, headed by his Attorney General / younger brother Bobby, not to bring Pavlick to trial. Political adversaries theorized that Kennedy and his advisers worried that a trial might turn Pavlick into a hero for right wing causes and may even inspire copy cats.

On January 27, 1961, a week after Kennedy was inaugurated as the 35th President of the United States, Pavlick was committed to the United States Public Health Service mental hospital in Springfield, Missouri. He was indicted for threatening Kennedy’s life seven weeks later. The case would drag on for years without resolution. Belmont Postmaster Thomas M. Murphy had been promised that he would remain an anonymous informant, but was quickly identified as the tipster by the media. At first he was hailed as a hero and his boss, the Postmaster General, commended his actions. Congress even passed a resolution praising him. But then, fervent right wing publisher William Loeb of the Manchester Union Leader, New Hampshire’s influential state-wide newspaper, began defending Pavlick. Turns out, Loeb held many of the same opinions about Kennedy as the would-be assassin.

Loeb very publicly protested that Pavlick was being persecuted and denied his sixth amendment right to a speedy trial. Loeb’s newspaper disputed the insanity ruling and insisted the defendant have his day in court. Once the newspaper took up Pavlick’s cause, Murphy and his family began receiving hate mail, death threats and anonymous phone calls at all hours of the day and night accusing him of helping to frame Pavlick and for “railroading an innocent man.” The abuse continued for years after Murphy’s November 14, 2002 death at age 76. Even today, the surviving Murphy children are targeted by right-wing groups whenever the case gets a new round of public attention.
Charges against Pavlick were dropped on December 2, 1963, ten days after JFK’s assassination. Judge Emett Clay Choate ruled that Pavlick was incapable of telling right from wrong-the legal definition of insanity-but nonetheless ordered that the would-be assassin remain in the Missouri mental hospital. The federal government officially dropped charges in August 1964, and Pavlick was released from custody on December 13, 1966. Pavlick had been institutionalized for nearly six years after his arrest, and three years after Oswald killed John F. Kennedy.
After his release, Pavlick returned to Belmont. He began parking in front of the Murphy house seated in his car for hours every day watching it. But since there were no laws on the books against stalking in 1966, police could do little to inhibit the suspicious activities. Pavlick always denied any malicious intent and was never found to be armed. Belmont police officers would park their squad cars nearby to keep an eye on Pavlick, sometimes for several hours at a stretch. If the officer was called away, the family felt unsafe. Pavlick continued his old habit of letter writing and phone calling media outlets and government officials with rants proclaiming his innocence yet strangely justifying his actions. Pavlick died at the age of 88 on Veteran’s Day, November 11, 1975 at the Veterans Administration Hospital in Manchester, N.H. He remained unrepentant to the end.
Pavlick is unique among Presidential Assassins (would-be and otherwise) for one reason: his age. Of the four successful Presidential assassins, Lee Harvey Oswald was 24; John Wilkes Booth, 26; Leon Czolgosz was 28 when he assassinated William McKinley, and Charles Guiteau 39 when he murdered James A. Garfield. Of those unsuccessful few, Richard Lawrence was 35 when he attacked Andrew Jackson, John F. Schrank was 36 when he shot Teddy Roosevelt, Giuseppe “Joe” Zangara was 32 when he attempted to assassinate then-President-elect Franklin D. Roosevelt, Lynette “Squeaky” Fromme was 27 and Sarah Jane Moore 45 when they individually tried to shoot Gerald Ford and John Hinckley Jr. was 25 when he shot Ronald Reagan. Richard Paul Pavlick was 73 years old at the time of his attempt. 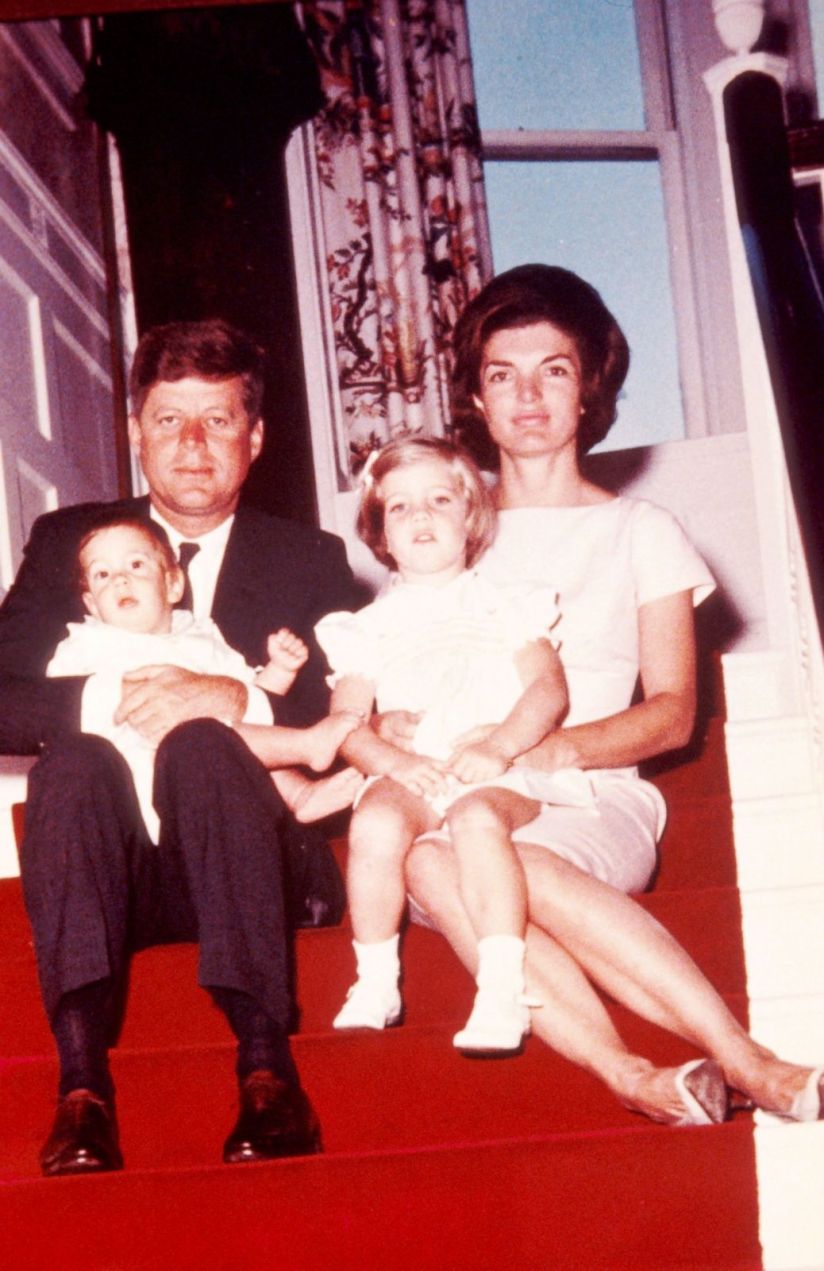 In today’s 24-hour-a-day, scandal-driven media environment, it is hard to believe that an incident of this magnitude would go unnoticed. Or would it? Sure, we all know about the very public assassination threats and attempts once they are out in the open. But what about those threats that are never reported? In Pavlick’s case, the public learned about it from the would-be assassin himself. He was proud of his plans and, after capture, boasted about it to anyone that came within earshot. The answer can be found in the name of the organization protecting the President: The Secret Service is, well, secret.
Although records prior to the “information age” are hard to come by, former Secret Service Agent Floyd M. Boring (who worked for three presidents and was with Franklin D. Roosevelt when he died at Warm Springs, Georgia) stated that during the period 1949–1950, the Secret Service investigated 1,925 threats against Harry S Truman. Another study, in the September 7, 1970 issue of Time magazine, claimed the number of annual threats against the President rose from 2,400 in 1965 to 12,800 in 1969.
The Secret Service does not generally place a number on the threats they receive, nor do they feel the need to investigate each and every one nowadays. On June 1, 2017 CBS news reported “Threats against President Trump for his first six months in office are tracking about six to eight per day…It’s about the same number of threats made against former Presidents Obama and George W. Bush while they were in office.” Another report contrarily states that President Barack Obama received more than 30 potential death threats a day. That was an increase of 400% from the 3,000 a year or so under President George W. Bush. A recent news story reported that In the first 12 days of Donald Trump’s administration, 12,000 assassination tweets alone were recorded. The vast majority of the tweets are jokes or sarcastic jibes, but still, that is a BIG number.
Today, Presidential death threats are handled by approximately 3,200 special agents and an additional 1,300 uniformed officers guard the White House, the Treasury building and foreign diplomatic missions in Washington. So it can be assumed that these crackpots in search of lasting infamy are a lot more common than we think and will, sadly, continue to pop up from time-to-time. The best we can hope for is that the vast majority will remain unknown and forgotten. Like Richard Paul Pavlick.