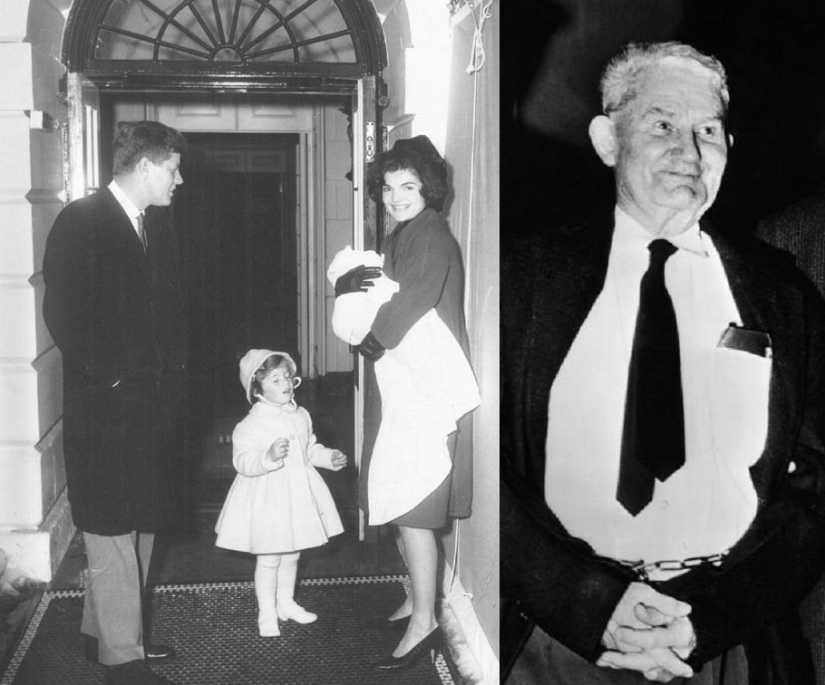 I’m not the only “History Nerd” in my family. A while back, Rhonda asked me to to tell her the story about the “Kennedy Car Bomb.” What? I replied. I have NO idea what you’re talking about, but, DO go on. She then outlined the story about a 73-year-old postal worker who hatched a plot to kill President-elect John F. Kennedy back in December of 1960 to keep the “Catholics” from taking over the world. This Saturday marks the the 58th anniversary of the arrest of Richard Paul Pavlick, a retired United States postal worker from New Hampshire whose name is familiar to only the most dedicated assassinologists out there.
Pavlick was born on February 13, 1887, in Belmont, New Hampshire. Belmont was also known as Upper Gilmanton in reference to the town of Gilmanton located four miles away. Gilmanton is best known for two pop-culture references. First, it was the model for the scandalous New England town setting for both the novel and the Soap Opera “Peyton Place” and was in fact the birthplace of the story’s author Grace Metalious in 1964. And second, Gilmanton is the birthplace of America’s first serial killer, H.H. Holmes (Herman Webster Mudgett) on May 16, 1861.
After serving in the U.S. Army during World War I, Richard Pavlick was appointed postmaster at one of several branches in heavily Irish Catholic, Democratic Boston, Massachusetts. Pavlick owed his appointment to President Calvin Coolidge, a fellow New Englander. Pavlick, a loyal Republican, hated Catholics and Democrats with a burning passion. And most of all he hated Boston’s powerful Fitzgerald and Kennedy Families. After he retired in the 1950s, Pavlick spent most of his days writing enraged and belligerent letters to public figures, magazines and newspapers.
73-year-old Pavlick, like all assassins (would-be or otherwise), was a nobody from

nowhere. He lived alone and had no family to speak of. Locals in his hometown of Belmont remember him for his angry political rants and public outbursts at local public meetings. After accusing the town of poisoning his water, Pavlick once confronted the local water company supervisor with a gun, which was then promptly confiscated. His central complaint was that the American flag was not being displayed appropriately. He often criticized the government and blamed most of the country’s problems on the Catholics. But the perpetually grumpy, prune-faced Pavlick focused most of his anger on the Kennedy family and their “undeserved” wealth.
Pavlick’s hatred toward the Kennedy clan boiled over after the close of the 1960 election when John F. Kennedy defeated Republican Richard Nixon to become President of the United States. JFK’s election sent Pavlick to new heights of paranoid rage. At that moment, Dick Pavlick determined that Kennedy would never serve a single day in office. Pavlick became convinced the pope would be running the government from Rome. He started to make comments like “someone should shoot him (Kennedy) before he takes office.” One witness heard Pavlick say, “The Kennedy money bought him the White House” and that Pavlick “wanted to teach the United States the presidency is not for sale.”
Pavlick signed over his run-down property to a local organization known as the Spaulding Youth Center, packed everything he owned into the back of his 1950 Buick and left town. Soon, Thomas M. Murphy, Belmont’s 34-year-old U.S. Postmaster began receiving bizarre rambling rant postcards from Pavlick stating that soon, the town would hear from him “in a big way.”
It had been almost a century-and-a-half since New England had produced a U.S. President (John & John Quincy Adams) so Granite Staters took a keen interest in their new Commander-in-Chief from Massachusetts. Postmaster Murphy was concerned at the strange tone of the postcards, so he did what postmasters do; he began looking at the postmarks. Murphy noticed that the postmarks were from communities where Kennedy had recently visited and the dates coincided with those visits. Murphy contacted a local police officer named Earl Sweeney, who then contacted the Secret Service.
The Secret Service uncovered several rambling, vaguely threatening letters which Pavlick had sent to President Dwight D. Eisenhower. Later, agents discovered that not only was Pavlick stalking Kennedy on the campaign trail, he had also visited the Kennedy compound at Hyannis Port, cased the house in Georgetown and traveled south to the family winter quarters at Palm Beach. Along the way, Pavlick photographed the Kennedy homes, cars, family and friends, all while checking out JFK’s security. When agents interviewed locals they learned about Pavlick’s explosive temper and worse, that Pavlick had recently purchased enough dynamite which, according to a Secret Service official, was “enough to blow up a small mountain.” They immediately put out a nationwide alert for Pavlick with descriptions of him and his Buick.
Shortly before 10 a.m. on December 11, 1960, Kennedy was in Palm Beach, Florida preparing to assume the office of the President by deciding on his Cabinet selections and working on his Inaugural address. Unbeknownst to the President-elect, Pavlick had shadowed Kennedy south with the intention of blowing himself up and taking JFK with him. His plan was simple and deadly. He loaded his car with 10 sticks of dynamite, packed them into the body of the car and wired them to a detonator switch within easy reach of the driver’s seat. Then, he parked outside the Kennedy’s Palm Beach compound, positioned his car near the door and waited. His plan was to sit tight until Kennedy left the house to attend Sunday Mass at St. Edward Church and then ram his car into JFK’s limo in a Kamikaze attack. 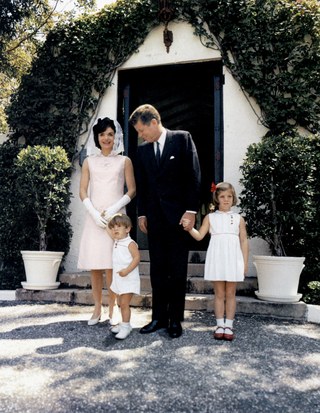 Luckily for Mr. Kennedy, fate stepped in to save the day… and the President-elect’s life. Kennedy did not leave his house alone that morning. Much to Pavlick’s surprise, JFK opened the door holding the hand of his 3-year-old daughter Caroline alongside his wife, Jacqueline who was holding the couple’s newborn son John, Jr., less than a month old. While Pavlick hated John F. Kennedy, he hadn’t signed up to kill Kennedy’s family. So Pavlick eased his itchy trigger-finger off the detonator switch and let the Kennedy limousine glide harmlessly past his car. No one realized that the beat-up old Buick and the white haired old man in it was literally a ticking time bomb. Pavlick glared at the car as it slipped away and decided he would try again another day. Luckily, he never got a second chance.
Over the next few days, Pavlick planned his next opportunity to kill the Catholic President. Pavlick came up with a brand new plan. This time, he would enter St. Edward Church wearing a dynamite vest and explode it during Mass the next Sunday. Apparently the thought of killing innocent bystanders was no longed a concern. He couldn’t pass up the opportunity to kill JFK and take as many Catholics with him along the way. A couple of days later, while visiting the inside of the church to scout it’s lay out, his disheveled appearance and suspicious behavior aroused suspicion. He was escorted out of the church and the incident reported to the police. The Secret Service now knew that Pavlick was definitely in town and actively pursuing Kennedy. But one problem remained. Where was Richard Paul Pavlick?
Next Week: PART II