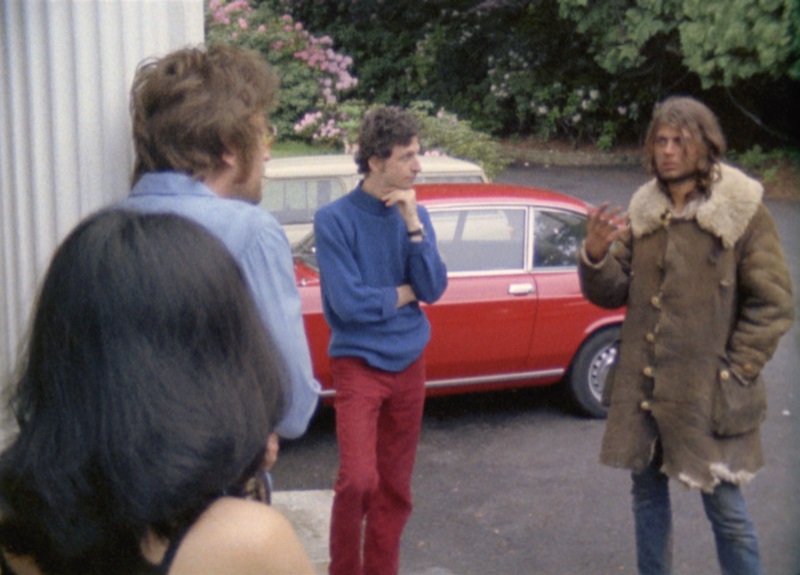 Last Winter, I was contacted by Irvingtonian Bill Price with a story idea. Bill is journalist Nelson Price’s cousin. Nelson is a good friend and host of the Hoosier History Live radio show that airs live from noon to 1 p.m. each Saturday on WICR 88.7 FM in Indianapolis. I have been on Nelson’s show many times over the years as have several Irvingtonians active in the literary and history communities. So I was happy to learn of our shared connection and even happier to find an Irvington connection to this story.
Bil Price lives on Graham Avenue right in the heart of Irvington, just back of the Methodist church and behind Jockomo’s. Price relates, “I was born at 16th and Ritter, but really grew up on the westside. Nelson and my grandparents lived on 9th Street over by Ellenberger Park. I moved over here after college in the late 80s. Lived by Howe for 14 years and then bought this house on Graham around 18 or 19 years ago.” 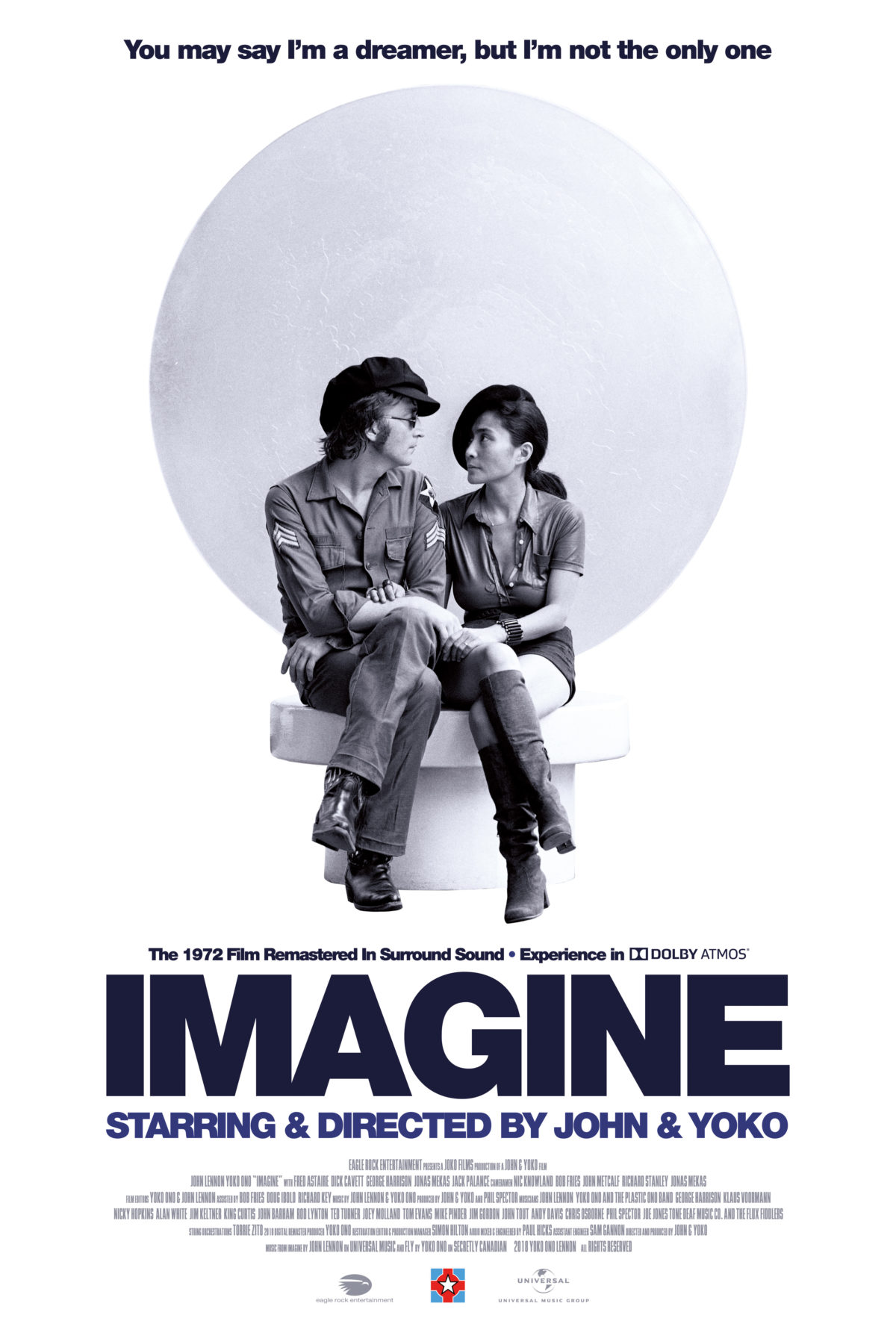 Price reveals, “In the John Lennon film “Imagine” from quite a few years back, and the documentary about him recording the Imagine album, there’s a scene where a young hippie / vagabond type of man who is apparently a shell-shocked Vietnam vet shows up at Lennon’s house. Lennon is patient and talks with him and even invites him in to eat some food. Recently, another film “Above Us Only Sky” has been released about Lennon and has the same footage. While watching this clip, I noticed something peculiar. There is a car parked outside Lennon’s house that has a WIFE Good Guys radio sticker on the back window! I am wondering how in the world did a sticker from a local Indianapolis radio station end up on a car in John Lennon’s driveway in England? I’ve asked a couple local musician buddies of mine who seem to know a lot about local music / radio and The Beatles, etc., but they have no idea of any Indianapolis connection to John Lennon at that time.”
Well, Bill, you are absolutely correct, that sticker is most certainly from Indianapolis. The sticker, which features a bearded B&W beatnik smiley faced character holding up a bright yellow sign reading “WIFE Good Guy”, appears on the left side of the rear window of Lennon’s Circa-1971 Mini Cooper. Indeed, the clip from the documentary features a scene in which a young man named Curt Claudio shows up at Lennon’s house “just to see him.” The house, actually an estate mansion known as Tittenhurst Park, is located in Berkshire, near the town Ascot in England. 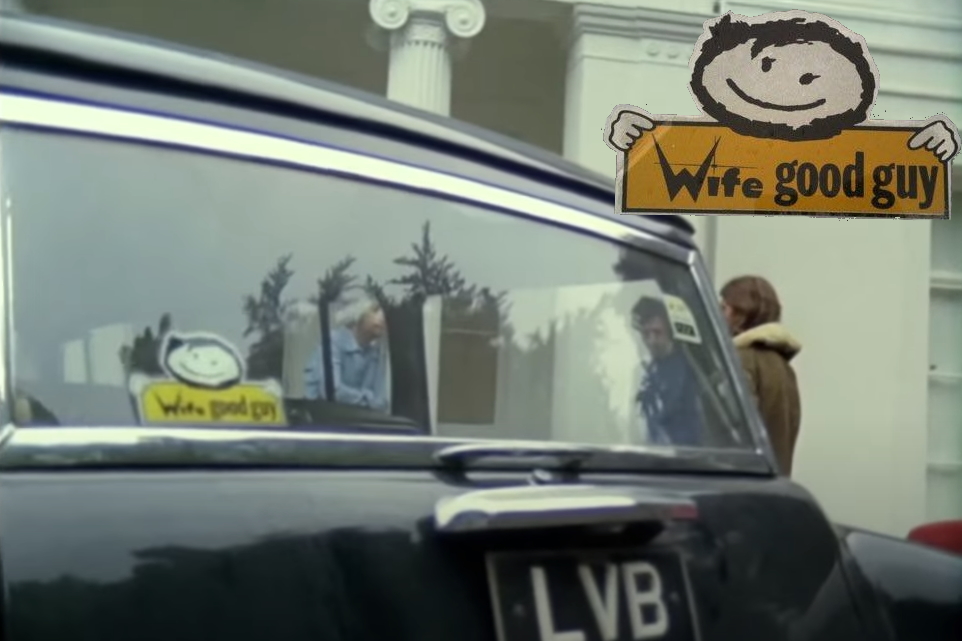 In the scene, which can be easily found on Netflix, John is leaning against the pillars of the mansion that date back to 1830, Yoko stands nearby her husband. The disheveled young man, his long hair flowing over the Shearling fur collar of a ragged sheepskin coat, carries on a lengthy, disjointed conversation with his hero from just a few feet away. Given that the scene was filmed mere months after the Manson family murdered Sharon Tate, Jay Sebring and several others under supposed orders from The Beatles White Album and knowing the way Lennon’s life ended less than a decade later, the scene is eerie to behold.
The young man had written several letters, one of which apparently stated, “I’m coming and I just need to look into your eyes and I’ll know.” Apparently Claudio had been secretly living in the rough on Lennon’s 72 acre estate for days. London police wanted to arrest the troubled fan but Lennon wouldn’t allow it, instead opting to gently talk to him face-to-face. Claudio apparently believed that some songs were speaking directly to him. Lennon does his best to dissuade that notion by asking how that could be possible since the two were strangers and stressing, “I’m just a guy who writes songs. Don’t confuse the songs with your own life. I mean, they might have relevance to your own life, but a lot of things do. So we met, you know, I’m just a guy. I write songs.”

As Claudio starts to quote the star’s lyrics, determined that the words were about him, John gently counters: “I was just having fun with words. It was literally a nonsense song. I mean Dylan does that… you just take words and you stick them together and you see if they have any meaning. Some of them do, some of them don’t.” Claudio replies: “You weren’t thinking of anyone in particular when you were singing that song?” To which Lennon replies, “How could I be? How could I be thinking of you, man? I’m thinking of me, and at best Yoko if it’s a love song. I’m singing about me and my life, and if it’s relevant about other people’s lives, then yeah, that’s alright.” Claudio looks devastated and his eyes drop to the ground. John then says: “Are you hungry?” gesturing to his friends he adds: “Let’s give him something to eat.” At which point Claudio is invited into the house and is seated at the dining room table with John and Yoko and they all eat a meal together.
For years, there was some confusion as to exactly who Curt Claudio was. Most accounts pegged him as a Vietnam War Vet. Others a hippy strung out on heroin. Still others claimed he was a deranged patient from a San Francisco mental hospital. According to the website “thedailybeatles”, Curt Claudio was born Cesare Curtis Claudio in Alameda, California on August 28, 1948. He graduated with the class of 1966 at Kennedy High School in Richmond, CA. He died in a plane crash in Fremont, CA. on December 22, 1981, a year and two weeks after Lennon’s murder. Part of Claudio’s legend states that he was so devastated by Lennon’s death that he deliberately crashed his own plane to end the pain.

Curt’s older brother Ernie cleared up the mystery, “Curt was never in the military. He was a straight “A” student in high school and earned a scholarship to the University of California in Davis, CA. Then he started using drugs and dropped out of school. He spent most of his life working on farms. We worked at Ford Motors in Milpitas, California until they closed the factory. Ford gave their employees $12,000 so they could re-train for another job. I asked Curt,” What are you going to do with your $12,000?” Curt said, “I’m either going to buy a Harley or an ultra-light airplane.” He bought the ultra-light, and that’s what killed him. He was flying too low and too slow and the plane stalled. The plane came down, bounced off a carport roof, and landed in a tree, six feet off the ground. The high impact caused his aorta to separate from the heart. Death was instantaneous.”
In 1973, John Lennon sold Tittenhurst Park to his former bandmate Ringo Starr, since Lennon had decided to live long-term in the United States and move to the Dakota (where he died). In 1988, Sheikh Zayed bin Sultan Al Nahyan – President of the United Arab Emirates and former ruler of Abu Dhabi – purchased Tittenhurst Park from Ringo Starr for 5 million pounds. Renovations took place in 1989-1990, during which many elements pertaining to Lennon’s, Ono’s and Starr’s time still on the property were removed. Astonishingly, during those renovations, wall paintings by Lennon were destroyed.

But what about that sticker? The one from the WIFE Good Guys in Indianapolis? Where on earth did that thing come from? Well, I found the just the guy to solve the mystery. And he lives right here in Irvington.