Last week I tried, perhaps in vain, to make President Richard Nixon’s eldest daughter Tricia seem cool. Her musical choice for a July 17th, 1970 party in honor of Britain’s Prince Charles and his sister Princess Anne was a Canadian band known as “The Guess Who.” The band was scheduled to play live on the White House lawn for the Royal fete despite the fact that their most popular song was an Anti-American war anthem; “American Woman”. The possibility of an International Incident was avoided when first lady Pat Nixon, through her press secretary, asked the band not to perform that song as a “matter of taste.”
Asking the Guess Who to play a party? Trendy to be sure. Cool? Possibly. But what was going on behind the scenes was the real story. Seems that Richard Nixon, President of the United States, was scheming to play matchmaker by marrying his daughter Tricia off to His Royal Highness Prince Charles, heir to the throne of England.
In the summer of 1970 Nixon was securely in the White House, miniskirts were popular, and 21-year-old Prince Charles and his 20-year-old sister, Princess Anne, arrived in Washington, D.C. It was their first trip to the United States and temperatures had reached the mid-nineties. Keep in mind that if the U.K. hits 80, it’s a heatwave. The White House garden party was on the second day of a whirlwind three-day visit for Britain’s royal pair. The day before, America’s first family welcomed them on the South Lawn of the White House where Prince Charles told the press that he and his sister had always longed to come to America.
The Nixon’s had a tightly packed schedule planned for the Royals, starting with a visit to Camp David for a picnic, skeet shooting, and a swim. That evening the couple visited the Washington Monument and young Charles walked down all 898 steps. On day two of their visit, the Prince and his sister met with Senate and House leaders in their chambers, where 28 Senate pages shook hands with the royal couple. Next came a tour of the Smithsonian’s Air and Space Museum where astronauts Neil Armstrong and Frank Borman served as their guides, a luncheon sail on the Presidential yacht Sequoia to George Washington’s home at Mount Vernon followed by tea at the British Embassy.
The Press reported that the usually bubbly Princess Anne seemed to be “in a mood”. It was discovered that she had hoped to visit a horse farm, a discotheque, and go shopping, none of which were on the Nixon schedule. That evening was the dance on the White House lawn hosted by Nixon’s two daughters, Tricia and Julie, and his son-in-law, David Eisenhower. The Canadian band Guess Who and Gary Puckett and the Union Gap provided the music. 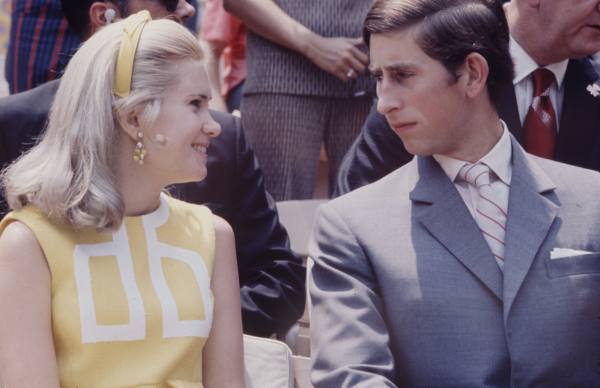 Soon after the Prince’s arrival it became embarrassingly clear that President Nixon was trying to pair him off with his daughter Tricia, who was three years older at 24. According to royal biographer Anthony Holden: “Seating plans constantly had Charles and Tricia side by side while the programme had them spending all of each day together, even to being left alone with each other in various parts of the White House.” Prince Charles noted that Nixon famously told him: “My wife and I will keep out of the way so you can feel at home.”
Any matchmaking hopes were doomed from the start. Charles was “distinctly annoyed” because of “his sense of his position not receiving its accustomed deference” and told insiders that he found Tricia “plastic and artificial”. After all, it was barely a year earlier that Prince Charles officially received his crown from his mother the Queen on July 1, 1969. Cupid never got a shot as the distracted bachelor prince and the “American Princess” danced awkwardly together at the party then parted ways. The Royal couple left town the next day. Prince Charles would not return for 11 years.
For her part, Tricia reported the she felt the Prince was too young for her. She told a London newspaper interviewer, “Well, let me just say that Prince Charles is my sister’s age. I think he’s going to make an outstanding king. He’s got considerable poise for his age.” When asked if age would be a barrier to love, she replied “if you’re in love with someone, I suppose age would not matter.” Tricia then admitted that newspaper reports attempting to marry her off had embarrassed her. “It would make life simpler if they would not do that, because it is most embarrassing to both parties concerned because they say you’re in love and everything,” she said.
But wait, there’s more. That same year Tricia Nixon was involved in a romantic hook-up that turned out to be a Presidential threesome! Now that got your attention don’t I? President Nixon and future President George H.W. Bush were trying to play matchmaker to Tricia with future-future President George W. Bush. Tricky Dicky, George and W. Now THERE is a threesome!
In 1970, George H.W. Bush was a second term Congressman and a favorite pet of the President. That year, Nixon convinced Bush to give up his Congressional seat and run for US Senator from the longhorn state (he lost to Lloyd Bentsen). No one knows for sure who came up with the idea, but somehow it was decided that the Junior Bush, then training to be a pilot in the Texas Air National Guard at Moody Air Force Base in Georgia, would escort Tricia Nixon on a date. The occasion was a party at the Alibi Club not far from the White House honoring NASA astronaut Frank Borman. His father thought his young pilot-in-training son would get a kick out of rubbing elbows with some astronauts with Tricia on his arm. 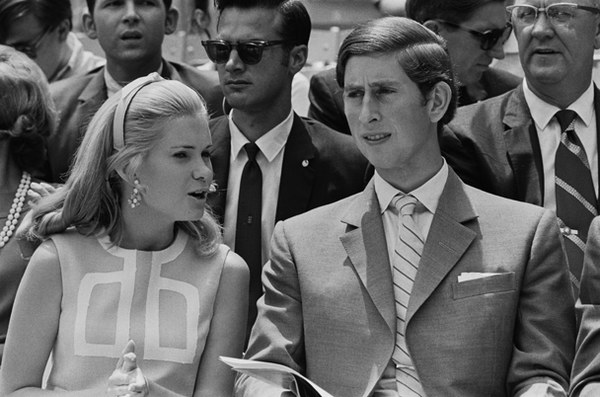 George arrived in his mom and dad’s brand new 1970 Purple Gremlin equipped with snazzy denim seats (Yes, blue jean covered seats were standard in 1970 Gremlins). He took the elevator to the second floor and met Tricia in the family quarters. From there, the couple climbed into the back of a secret service car, leaving the stylish Gremlin behind, for the short ride to the party. It had the potential to be the start of a new American political dynasty: unfortunately, the date did not go well.
Years later, George W. Bush recalled the date, “During dinner, I reached for some butter, knocked over a glass, and watched in horror as the stain of red wine crept across the table…Then I fired up a cigarette, prompting a polite suggestion from Tricia that I not smoke,” he continued. “The date came to an end when she asked me to take her back to the White House immediately after dinner.” Thirty years later, as he drove through the gates of the White House as president, “I thought back to my first visit and had a good chuckle,” Mr Bush writes.
Within a year, Richard Nixon got his wish when Tricia married Harvard law student Edward Finch Cox on June 12, 1971 becoming the only child of a U.S. President to be married in the White House Rose Garden. It was an all too predictable end to a bumpy ride that, for a brief moment, offered so much potential for political intrigue.