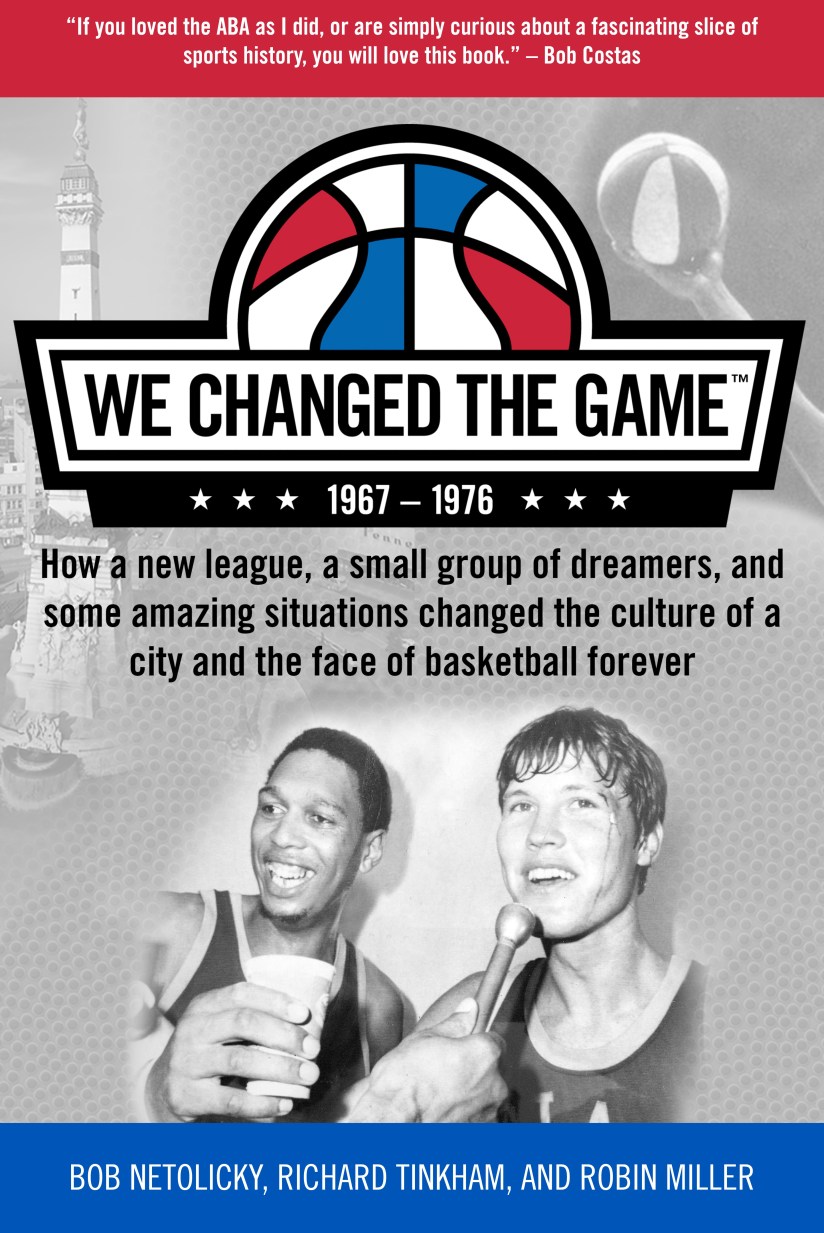 You never know who’s going to show up when Neto walks into the room. Bob Netolicky, former ABA Indiana Pacers 4-time all-star, can draw a crowd. On any given day, Neto may show up with former teammates like George McGinnis, Darnell Hillman or Billy Keller. Or maybe with former Pacers coach Bobby “Slick” Leonard or Pacers team founder Dick Tinkham. Or media legends like Robin Miller or Bob Costas. Neto knows ’em all.
This Sunday, March 18th, you are invited to the Irving theatre to hang out with Neto and friends. Netoclicky, along with Dick Tinkham and Robin Miller, has written a book called “We Changed the Game” and all three authors will be in Irvington from 2:00 to 4:00 to sign books, swap stories and answer questions from fans. The trio has chosen the Irving Theatre for their book release party. Former Q-95 on -air personality, actor and stand-up comedian Dave “The King” Wilson will act as emcee for the event.
Neto says, “The book is a collection of stories told by those who lived it. It’s the Pacers’ insider’s view from the very first day of the franchise.” Netolicky stresses that the book is not just another stat guide or seasonal recap. “It’s the real story of a team, a coach and a handful of dreamers, who brought a new league and a new team to Indianapolis – and how they not only changed the culture and future of a city, but the game of basketball forever,” said Netolicky.
Richard “Dick” Tinkham, an original ABA Indiana Pacers founder and legal counsel, is one of the few execs still around to tell the real stories of the team, the league and the ABA-NBA merger from the perspective of someone who was intimately involved with the X’s and O’s of the team and league from start to finish. It was Tinkham who reviewed all documents, ranging from incorporation papers, player contracts to merger agreements. Yes fans, there was more than one ABA-NBA merger agreement. Tinkham will share never-before-heard stories about the mergers, anti-trust lawsuits, and wild negotiations between the two leagues that could only be told by someone who was there. Mr. Tinkham, whose reputation and shrewd negotiating skills in the league are legendary, will tell you all about it this Sunday.
ABC Sports reporter Robin Miller will also be at the Irving to talk about his days as a cub reporter for the Indianapolis Star from 1968-76. Born in Anderson, Miller grew up in Indianapolis. His first assignment with the Star was to answer the score phones and run copy. Miller had two passions during those early years: the Pacers and auto racing. He was lucky to find himself working in the epicenter of both.
This Sunday, Miller will describe the Pacer’s from the viewpoint of a cub reporter not yer old enough to drink (were there really guns in the locker room?), Tinkham will explain how the ABA contracts worked (did the team really sign Mel Daniels contract on a barrom napkin?) and Neto will share stories about Pacers coach Bobby “Slick” Leonard’s unusual motivational techniques (did Slick REALLY chase Neto around the locker room with a hockey stick?). 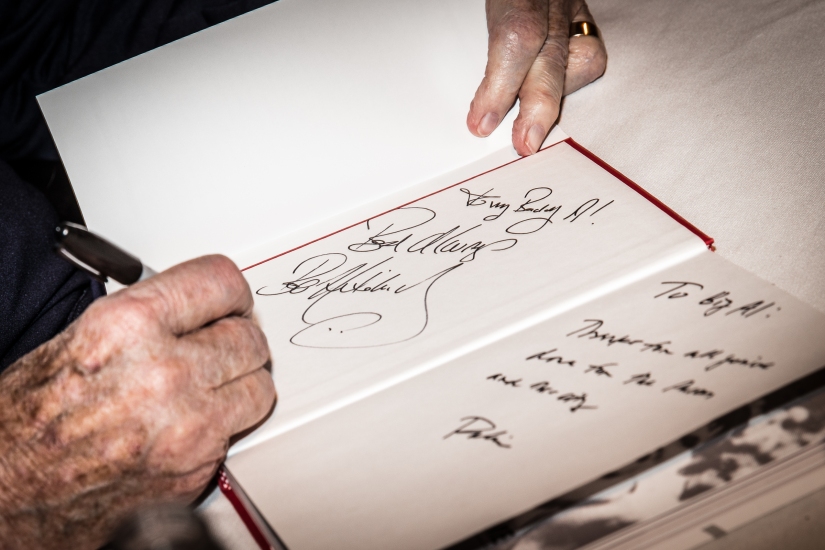 For sure, there will be other book signings for “We Changed the Game”. Thus far Neto has scheduled a signing at the J & J all-star sportscard show on Saturday March 24th from 10:00 to 12:00. The card show is held at the American Legion Post # 470 at 9091 E. 126th St. in Fishers and then again at Saturday March 31st from Noon to 2:00 at Bruno’s Shoebox 50 North 9th St. in Noblesville. Bruno’s shoebox is owned and operated by former longtime Indianapolis Star / News reporter and Indiana Pacers webmaster Conrad “Bruno” Brunner.
But this Sunday’s book release event is the only opportunity fans will have to hear stories and ask questions of the authors in a public forum. So come out and say hi to Neto, Robin Miller, Dick Tinkham and Dave “The King” Wilson from 2:00 to 4:00 pm. Books will be available for sale and you will have the opportunity to have your copy personally signed by these sports legends. Admission is free and the program will be free wheelin’. And remember, you never know who might show up with Neto in the Irv. Could be Slick, Dr. Dunk, Big Mac or any other Pacer great you can imagine. You never can tell with Neto.