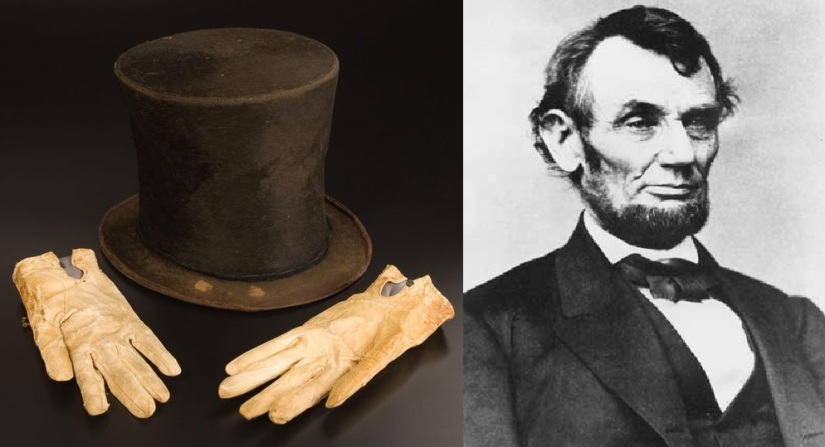 Attention Hoosiers, Abraham Lincoln needs your help. More specifically the Abraham Lincoln Presidential Library Foundation in Springfield, Illinois is appealing to all friends of Mr. Lincoln to lend a hand in their hour of need. Last week I traveled to the ALPLM to speak with the State Historian of Illinois and Director of Research and Collections, Dr. Samuel Wheeler. Although his title and resume may sound imposing, “Sam” is a breath of fresh air for the Lincoln historical community. Dr. Wheeler’s appearance is immediately disarming, his countenance inviting and friendly. Sam breaks the long-established mold of the elderly historian whose gray hair, Meerschaum pipe and leather-elbowed corduroy jacket are calculatedly designed to intimidate. Sam’s youthful appearance and ready smile invite everyone to come, sit and talk history for awhile.

Dr. Samuel Wheeler is the tenth State Historian in Illinois history and when you consider that 2018 is the state’s Bicentennial year, you may deduce that they choose their historians carefully. Sam’s specialty is the cool stuff: the history of Illinois, the Civil War Era, and the Life and Legacy of Abraham Lincoln. Dr. Wheeler’s life mission is to protect, preserve, and promote history through education. During his three years at the helm, he has devoted much of his time to assisting other museums, libraries, historic sites, documentary projects, and historical societies. He regularly speaks to diverse audiences across the country, writes for scholarly journals and popular magazines, and offers commentary to newspaper, radio, and television outlets. In short, Dr. Wheeler is a busy man.
The subject of my visit is a topic that has occupied social media, blog spots and chat rooms for the past few weeks. The ALPLM is in danger of losing some of its most precious Abraham Lincoln relics and associative memorabilia. If the ALPLM cannot satisfy a substantial financial liability by October 2019, priceless Lincoln relics will have to be sacrificed to meet their obligation. Meaning that these items will likely end up in the private collections of millionaires never to be displayed publicly again. While the amount of the liability, $9.7 million is staggering, Dr. Wheeler points out that “if we could just get every citizen of Illinois to donate one dollar each, we would wipe out that debt in no time.” Sam continues, “and if you could get Indiana to pitch in the same, we can keep the collection open for generations to come.”

The ALPLM’s “problems” began back in 2007 when it purchased the famous Taper collection for $23 million. “The collection is amazing,” says Sam, “the Lincoln top hat and bloodied gloves seem to be the items that resonate most with people, but the collection is much more than that.” Dr. Wheeler says that the uniqueness of the Taper collection centers around its emphasis on assassination related items, a field that had been largely ignored by Lincoln collectors at that time of its assemblage. The collection was created by Louise Taper, daughter-in-law of Southern California real estate magnate S. Mark Taper. She created the exhibition The Last Best Hope of Earth: Abraham Lincoln and the Promise of America which was at the Huntington Library from 1993–1994 and at the Chicago Historical Society from 1996-1997.
According to the ALPLM’s website, “Louise Taper amassed the largest private collection of Lincolniana in more than a half-century, highlighted by 1 of 3 stovepipe hats known to have belonged to Lincoln; the earliest of his boyhood sumbook pages, ca. 1824-1826; and more than 100 letters or notes in the hands of Abraham or Mary Lincoln. Also among the 1,500 items in the collection are manuscripts by friends and contemporaries, personally owned books and clothing or other accouterments, prints, broadsides, newspapers, artworks, period photographs, and assassination-related materials.”
The ALPLM acquired the Taper Collection two years after they opened the $150 million facility on April 19, 2005. To blunt public charges that the ALPLM had bit off more than it could chew, Dr, Wheeler compares the museum to a 13-year-old child. He states, “Not too many 13-year-olds have got it all together. We’ve matured a lot in the last two years.” Sam notes that in those two years, the ALPLM has streamlined much of their operation citing as examples that more of the collection has been digitized for research and the museum’s six research rooms have been pared down to one.

“Bottom line,” Sam says, “we need to keep the collection here. That is our first priority.” It is easy to see how important this collection is to Dr. Wheeler by simply watching his eyes as he speaks. To Wheeler, the collection is not just a part of the museum, it is a part of the state of Illinois. Sam relates how when he speaks to groups, which he does quite regularly on behalf of the ALPLM, he often reaches into the vault to bring along pieces from the Taper collection to fit the topic. “People love seeing these items. It gives them a direct connection to Lincoln.” states Wheeler.
When asked if he has a particular favorite from the Taper collection, Dr. Wheeler smiles and says, “I’m particularly drawn to the gold cufflink that Lincoln was wearing at Ford’s Theater that night.” However, Sam is quick to point out that what makes the Taper collection so special is the depth of quality it represents. The collection contains Mary Lincoln’s hand fan carried to the theater that night, locks of hair from members of the Lincoln family, and the oldest piece of writing by Abraham Lincoln known. It is a page from 15-year-old Abraham Lincoln’s 1824 schoolbook whose content Dr. Wheeler can recite by hear. “Abraham Lincoln is my name/ and with my pen I wrote the same/ I wrote in both haste and speed/ and left it here for fools to read.”
Dr. Wheeler also informs that the Taper collection contains a treasure trove of letters written by John Wilkes Booth and his entire family as well as the ring J.W. Booth presented to his fiancée Elizabeth Sumner. “We also have stage costumes and the handwritten character sketch for John Wilkes Booth’s role in Shakespeare’s Macbeth,” says Wheeler. “Our main objection for the collection, is that we keep it in the public realm. That is imperative.”
The Lincoln Library foundation recently said, “If the foundation is not able to secure commitments in the very near future to retire most-if not all-of the remaining $9.7 million debt, it will have no choice but to accelerate the possibility of selling these unique artifacts on the private market-which would likely remove them from public view forever.” 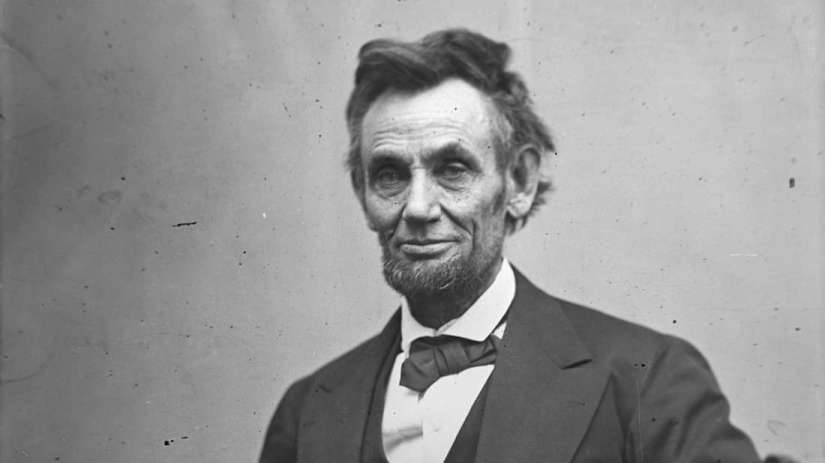 Hoosiers may ask, why doesn’t the ALPLM just ask the state of Illinois for the money? After all, with 300,000 visitors annually, the Lincoln Library Museum is one of the most popular tourist sites in the state of Illinois and is prominently featured in all of their state tourism ads. Well, the state is billions of dollars in debt despite approving a major income-tax increase last summer and as of the time of this writing, has yet to put together a budget. To the casual observer, one would think that financial stalemate between the state and the museum would be a no-brainer when you consider that the ALPLM has drawn more than 4 million visitors since opening in 2005. The truth is a little more complicated than that. Illinois State government runs and funds the Lincoln library and museum. The separately run foundation raises private funds to support the presidential complex. The foundation, which is not funded by the state, operates a gift store and restaurant but has little role in the complex’s operations, programs and oversight.
Aside from the items previously mentioned, the Taper collection, which numbers over 1500 pieces, also includes a pair of Lincoln’s eyeglasses and his billfold. The Taper collection includes about 100 Mary Todd Lincoln letters, giving the Lincoln presidential library a total of 500-out of only 600 in the world.
Museum officials are sorting out which Taper collection items were donated and transferred to the state, and what might end up for sale-if it should come to that. One item that won’t be on the auction block is the state’s rare copy of the Gettysburg Address, written in Lincoln’s own hand. Luckily, the document wasn’t part of the Taper purchase. The state’s collection of Lincoln artifacts, tens of thousands strong, draws researchers from across the globe and gives the public a chance to see up close the man many Americans feel was the greatest President in U.S. history.

The Taper collection also included a dress worn by 1950s movie star Marilyn Monroe, an admitted “fan girl” of the 16th President. The blonde bombshell’s dress was considered a non-Lincoln item that potentially would fetch big bucks to help pay off the loan. Perhaps to show that they were serious, in late July the ALPLM sent Monroe’s slinky black dress off to a Las Vegas auctionhouse, where it fetched $50,000 from the lucky bidder. Also sold were seven original photographs of Monroe, which sold for $3000 each. However, an original bust of Lincoln biographer Carl Sandburg failed to sell. All proceeds from the Julien’s sale went towards the outstanding debt. Hopefully Lincoln relics will not be next up on the auction block.

Dr. Wheeler is doing his best to get the message out. Aside from his normal 60 hour work week he spends nights and weekends all over the state and country talking about Lincoln, the museum and sounding the alarm to save the collection. The museum is getting help from cherished friends like Doris Kearns Goodwin who will be speaking at the ALPLM on October 29 with “proceeds from this event to benefit the campaign to secure a permanent home for Lincoln’s most personal effects comprising the Taper collection.” Interested and concerned Hoosiers can help by visiting the Abraham Lincoln Presidential Museum and Library website at http://www.alplm,org and there is a “Save the Lincoln Artifacts” go find me page on the web.
If every Hoosier would chip in a few bucks we could honor our state’s favorite son and help our neighbors in Illinois at the same time. Skip that latte for Lincoln. Snap off that sawbuck for the rail splitter. Honest Abe is depending on you.