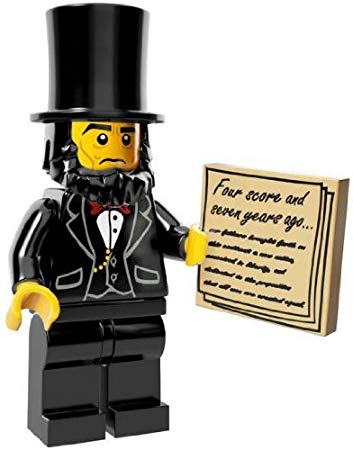 In 1909, to honor the 100th anniversary of Abraham Lincoln’s birth, President Theodore Roosevelt was instrumental in issuing the Lincoln head penny. It was a smash hit. But the new coins were not beloved by everyone.

They were too thick for vending machines and, much to the dismay of the telephone company, could pass for nickels. The highly polished, shiny new pennies gave thieves fits: one train robber in Altoona, Pa., carted off a bagful, worth $50, while leaving another bag, containing $5,000 in gold, behind. The New York Times advocated for the return for the “Indian Head Cent” featuring the Native American which had graced the coin since the Civil War. “The red Indian in his war bonnet, the sole survival of aboriginal North America, was of value as a cultural memorial, if for nothing else.” They called the loss of the Indian Head penny “another ill-considered freak of Mr. Roosevelt’s will.” It suggested that the “foolish” replacements “find oblivion in the tills of the coin collectors.”
The Philadelphia Inquirer compared the new coin to “the cheap little medal that used to be given away with bags of pop-corn.” In The New York Herald, a letter to the editor called it “only useful to adorn a church collection plate or feed a penny slot chewing gum machine or to be given to our ‘kids’ for lollipops.”
By the end of 1909, the Mint had stamped out more than 100 million of the new pennies. Some still viewed the new coin as a novelty. A drugstore in Syracuse offered one to every customer; a store in Galveston, Tex., threw one in if you bought three pairs of women’s hosiery. A jeweler in Fresno, Calif., offered Lincoln penny hat pins and brooches for 25 cents, and Lincoln penny cuff links for 50 cents. The Lincoln penny remained a powerful method of payment all the way through the Great Depression.

During World War II, homefront shortages led to the production of a special silver steel penny. In 1943, the Mint decided to halt production of copper pennies because copper was needed for production of war materials. These new Lincoln Penny coins were made out of steel and plated with zinc to make it look shiny on the outside.
However, they were a problem from the start. New shiny pennies were often mistaken for dimes. Magnets in one cent vending machines placed inside to pick up steel slugs now became jammed on the new legitimate steel pennies. And while the front and back of the new pennies were galvanized, the edges were not and sweat and moisture would quickly rust the metal. After public outcry, the Mint discontinued production of the steel cents and developed pennies made from salvaged brass shell casings augmented with pure copper that was used for 1944–46-dated cents, after which the prewar composition was resumed. Although steel pennies continued to circulate into the 1960s, the mint collected large numbers of the 1943 cents and destroyed them.
The steel cent is the only regular-issue United States coin that can be picked up with a magnet. Even though the history regarding the steel penny is interesting, it is not valuable and remains a very common coin, over a billion coins were issued and most are worth a few cents each. On Lincoln’s 150th birthday in 1959, the penny lost half of its original design, the wheat stalks were removed and replaced by the Lincoln Memorial. When the Lincoln penny made it’s debut in 1909, the Lincoln monument was in its earliest design stages in the nation’s capital. 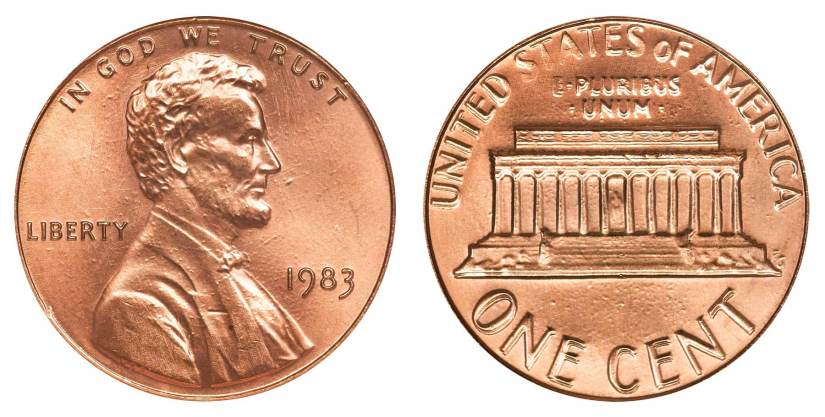 In 1983, the copper was replaced with lighter, cheaper zinc- which explains why penny bending bar bets got easier to win during the Reagan years. And businesses continued to give Lincoln pennies away. Every visitor to the old Lincoln Financial Museum in Fort Wayne received a Lincoln penny in change as did visitors to the House Where Lincoln Died museum in Washington, DC during the fifties and sixties. Today, the few people who still bend over to pick them up are invariably those least able to stoop.
Even if the revelation of the Lincoln penny creation story comes as a surprise to most, the connection of Abraham Lincoln and the Lincoln cent is an obvious one. The same thing could be said of another American institution named after the sixteenth president: Lincoln logs. But like the penny, this popular toy has a backstory that you probably weren’t aware of.

Lincoln Logs is a U.S. children’s toy consisting of notched miniature logs, used to build small forts and buildings. They were invented by the son of architect Frank Lloyd Wright. 24-year-old John Lloyd Wright came up with the idea for Lincoln Logs on a visit to Tokyo, Japan, while working as chief assistant for his father in 1916. John was working side-by-side with his father on the design of Tokyo’s Imperial Hotel. The foundation of the hotel was designed with interlocking log beams, making the structure one of the first “earthquake-proof” buildings in the world. The Imperial Hotel ‘s design that allowed the hotel to sway but not collapse in case of a tremor, would be one of the few buildings that remained standing after the 1923 Great Kanto Earthquake that devastated Tokyo.

Unlike the hotel, the relationship between father and son crumbled long before the hotel was ever completed. Suddenly out-of-work, John Lloyd Wright decided to construct a miniature model that could be used to teach children the basics of construction and engineering while encouraging imaginative play. Using the blueprint for the Imperial Hotel as a model, he created a toy construction set that consisted of notched pieces of wood that children could stack to build log cabins, forts and other rustic buildings. Unlike standard building blocks before them, the interlocking system of miniature logs could withstand the shockwaves unleashed by children’s playing roughly with the toys. When Wright created the toy, the First World War was well underway, although America had not yet entered the fray.
Fresh off Lincoln’s 100th birthday in 1909, the name Abraham Lincoln had been re-established as the American standard. And what better name for a well-constructed stacked-beam log cabin toy than Lincoln Logs? Some have attributed the toy’s name choice as an homage to the young inventor’s father, Frank Lloyd Wright, who was born Frank Lincoln Wright (he changed his middle name to Lloyd to honor his mother’s family, the Lloyd Joneses). Still others say the name is simile on ‘linkin’ logs. Regardless, it is likely the imaginative building toy would have been a hit by any name.

John Lloyd Wright organized The Red Square Toy Company (named after his father’s famous symbol), and unveiled the toy in 1918. Wright was issued U.S. patent 1,351,086 on August 31, 1920, for a “Toy-Cabin Construction”. Soon after, he changed the name to J. L. Wright Manufacturing. The original Lincoln Log set came with instructions on how to build Uncle Tom’s Cabin as well as Abraham Lincoln’s cabin. Lincoln Logs makes a lot more sense than “Uncle Tom’s” logs now doesn’t it? The instruction sheet featured a simple drawing of a log cabin, a small portrait of Lincoln and the slogan “Interesting playthings typifying the spirit of America.”
The toy was a hit, following as it did Tinker Toys and the Erector Set which debuted a few years before. During World War II, Americans were encouraged reign in their spending, buy only American-made goods and conserve precious metal for the war effort. While production of other toys during World War II was curtailed, wooden Lincoln Logs continued to roll off factory lines. Later, sparked by the brand new medium of television, the toys’ popularity peaked during the 1950s. The toy’s frontier charm tied in perfectly with popular children’s shows such as “Davy Crockett” and “Bonanza” that were watched by tens of thousands of young “baby boomers” during the Ike Era. Lincoln Logs and John Lloyd Wright were inducted into the National Toy Hall of Fame in 1999, and more than 100 million sets have been sold worldwide.

In the 1930s, Wright attempted to build on the success of Lincoln Logs with Wright Blocks, a toy construction set with interlocking wooden shapes that allowed budding architects to build castles or other complex designs. Wright Blocks, however, proved too intricate and lacked the same appeal as Lincoln Logs. John Lloyd Wright sold his company to Playskool in 1943 for only $800. The copyright for Lincoln Logs eventually passed to toy companies Milton Bradley and Hasbro and finally, K’NEX. In 1949, a company in Denmark developed “Legos” based in large part on Wright’s original design. In February 2015, Lego replaced Ferrari as the “world’s most powerful brand”. Can you imagine, the Ghostbusters Firehouse Headquarters, Star Wars Millennium Falcon, Harry Potter’s Hogwarts Castle…all made out of Lincoln Legos? It was just that close.