Recently the Leslie Hindman auction house in Chicago caused a flap when it was announced that they would be auctioning off the instruments used to embalm Elvis Presley after his untimely death at the age of 42. The auction house was planning to sell the macabre Elvis relics in two separate lots: one with a pre-sale value of $4,000 to $6,000, and the other estimated at $6,000 to $8,000. Elvis may have left the building, but the man’s ability to get people “all shook up” has not diminished as the announcement sent shock waves through the media and wrought havoc among fans, collectors, historians and auctioneers alike.
The items in question, which included a comb, eye liner, rubber gloves, forceps, needle injectors, an arterial tube, aneurysm hooks, and a toe tag, came from an unidentified former employee who worked for the Memphis funeral home where Elvis’ body was last attended to. They were used only once — to embalm Elvis’ body, apply makeup to his face, and dye his graying hair to the jet-black color his fans knew so well. The replacement toe tag, marked “John Doe,” was attached to the King’s body after an eager fan stole Elvis’s original tag during the chaos at the hospital where he was taken. Other items in the grouping include the coffin shipping invoice, autopsy room preparation paperwork and the hanger that Elvis Presley’s funeral suit and tie arrived on. 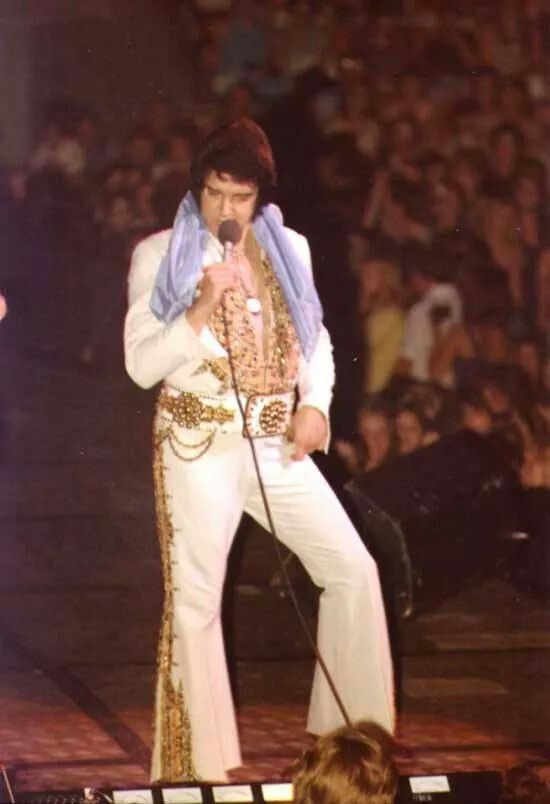 According to the auction house, the items were used to prepare the King’s body for a private viewing for family and friends only in the morning after his death. Presley died August 16, 1977, in the bathroom of his Graceland estate of an irregular heartbeat. “The senior embalmer at the Memphis Funeral Home at the time of Presley’s death saved the items for the last 33 years and decided to sell them after he realized someone might value them,” said Mary Williams, director of books and manuscripts for Leslie Hindman Auctioneers.
Presley’s autopsy involved draining all body fluids and removal of all vital organs which were then sent to a pathology lab for testing to ascertain the cause of death. The coroner, Dr. Jerry Francisco, along with Dr. Eric Muirhead and Dr. Noel Florredo, presided over the autopsy of Presley. The trio initially concealed the facts by attributing the cause of death to a massive heart attack. They later claimed their motive “was not to tarnish the image by a scandal of a drug habit.” For decades, when asked about the rumors that Elvis is not dead, Francisco consistently replied, “If Elvis is NOT dead, he’s walking around without his major organs as Elvis’ brain and heart are still in storage at Memphis Memorial Hospital.”
When the sale was announced, a spokesman for the auction house admitted the auction may be controversial as some people “are going to be disappointed” by the sale of these items. However, Elvis memorabilia remains in strong demand with a lock of his hair selling for $18,300, a red ultra-suede shirt worn by Elvis in publicity photos garnering a $34,000 bid, and an inscribed record sleeve selling for $10,370 at a Hindman’s auction in October 2009. The proposed sale of these creepy collectibles combined with the fact that he’s been dead for 33 years, keeps Presley intact as one of the highest grossing celebrities, bringing in $55 million in 2009 according to Forbes.com. Presley’s posthumous popularity notwithstanding, why would anyone want to buy these things?

Luckily, that question will remain unanswered because these sad rock-n-roll souvenirs were removed from the August 12th auction after doubts were raised about their provenance and authenticity. According to the auction house, the items have been given back to the Memphis Funeral Home, following a dispute between the home and the potential consignor. “Due to questions of ownership, the retired embalmer and his son have decided to turn over the property to the Memphis Funeral Home and its parent company, Service Corporation International, with the intention of donation,” Hindman said in a post on their Web site.
Shortly after the auction was announced, the Memphis Funeral Home claimed that those tools were taken without the home’s consent. The funeral home thought the embalmer was dead, but he’s not. He’s in his 80s. The funeral home contacted the elderly man and told him he can’t sell the items and if they were not returned, legal steps would be taken to reclaim them. According to funeral home president E.C. Daves, “We are awaiting word from the Elvis Presley estate on its preferences for the items. The items could be donated to a funeral history museum in Houston or they could be destroyed. Either way, the funeral home is not going to do anything until the Presley estate agrees with it.”

Now, maybe you’re thinking, “But you never answered the question, who would buy this stuff?” Well, before the items were pulled from the sale, Hindman’s auction house specialist Williams explained, “It’s really about owning a piece of the celebrity themselves… and how much closer can you get than the actual embalming instruments?” Okay that’s a creepy statement. However, I can help add some clarity to the issue for you. If you’ve been paying attention to past columns, you’ve learned that I’ve been an antique dealer for 30 years and a memorabilia collector for even longer than that. As with many collectors, I’ve bought, traded and sold many collections over the years. 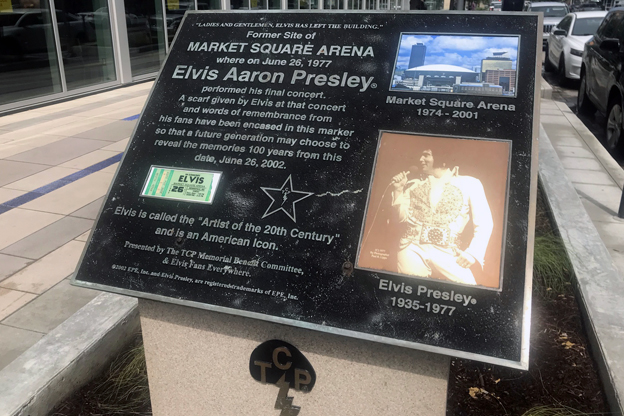 One of those collections was a group of crime related autographs, artwork and paintings featuring infamous names like serial killers John Wayne Gacy and Ted Bundy, Manson family members Charles Manson, Tex Watson and Squeaky Fromme and political assassins James Earl Ray, Jack Ruby, Lee Harvey Oswald, and Charles Guiteau. I have owned signatures of Bob Ford, the “dirty little coward” who killed Jesse James and a personal check signed and written out by Bruce Lee made payable to and endorsed by his hairstylist Jay Sebring, who died alongside Sharon Tate in the Manson family massacre. Most of these items lost their appeal to me as I grew older but the urge of the infamous and their misdeeds never fully went away, for I still own a signed photo of John Wilkes Booth and a few other assorted macabre mementos from our country’s history.
I have seen many similar grisly relics offered for sale in the past, and held many of these macabre items in my hands including several items connected to the Lincoln assassination conspirators, the blood stained glasses that John Lennon wore the night he was murdered, the “Double Fantasy” record album Lennon signed for Mark David Chapman just a short time before Chapman killed Lennon, the watch that was in Notre Dame coach Knute Rockne’s pocket when he died in a plane crash, the watch Buddy Holly wore on his wrist when he likewise perished in a plane crash, and countless locks of hair and death masks from celebrities in every field across the board. Within the “hobby” they are commonly known as “blood relics” and they are in high demand. Whether you agree or disagree with their relevance, there exists a lucrative market for these sad souvenirs.
Collecting is an addiction. There is the thrill of the chase, the negotiation for acquisition, the elaborate planning for display and the final realization that you now possess the object of your desired search. For those collectors whose fandom goes beyond collecting rare records, signed merchandise and other conventional methods of capturing a performer’s essence, it’s only natural that they would be interested in something that would bring them a little closer to the performer. And friends, it doesn’t get much “closer” than this. So ask yourself: if you had the chance to own, possess or simply handle one of these unique items, what would you do?