We’re all cooped up, trying to avoid the Coronavirus by surfing the net, checking social media and (gulp) shopping on-line. Hoosiers are stressing out bandwidth capacity like a hippo in bicycle shorts by binge watching every form of entertainment available on line. So, I have decided to help alleviate your boredom by giving you an article full of dates, names and events to Google. After you read this shorter than normal offering, do yourself a favor, search the names listed here and lose yourself in history. You’ll be amazed, intrigued and informed at the same time. This week’s offering: Buffalo Bill’s Wild West Show in Indiana.

Buffalo Bill Cody was the real deal-he had fought Indians, hunted buffalo, and scouted the Northern Plains for General Phil Sheridan and Lieutenant Colonel George Armstrong Custer along America’s vast Western frontier. He was a fur-trapper, gold-miner, bullwhacker, wagon master, stagecoach driver, dude rancher, camping guide, big game hunter, hotel manager, Pony Express rider, Freemason and inventor of the traveling Wild West show. Oh, yeah, and he was awarded the Medal of Honor in 1872 for, unsurprisingly, “Gallantry” during the Indian Wars. His medal, along with medals of 910 other recipients, was revoked in February of 1917 when Congress retroactively tightened the rules for the honor. Luckily, the action came one month after Cody died in 1917. It was reinstated in 1989.

During the late 19th century, the troupe included as many as 1,200 performers.The shows consisted of historical scenes punctuated by feats of sharpshooting, military drills, staged races, rodeo events, and sideshows. Real live Native American Indians were portrayed as the “Bad Guys”, most often shown attacking wagon trains with Buffalo Bill or one of his colleagues riding in and saving the day. Other staged scenes included Pony Express riders, stagecoach robberies, buffalo-hunting and a melodramatic re-enactment of Custer’s Last Stand in which Cody himself portrayed General Custer. 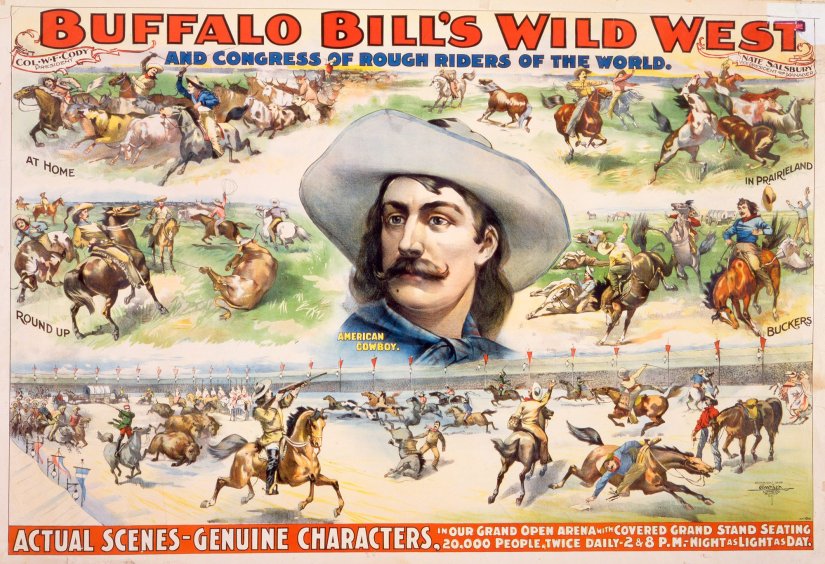 By the turn of the 20th century, William F. Cody was probably the most famous American in the world. Cody symbolized the West for Americans and Europeans, his shows seen as the entertainment triumphs of the ages. In Indiana, entire towns turned out to see the people and scenes they had read about in the dime novels and newspaper stories they grew up on and continued to read daily. Buffalo Bill’s performances were usually preceded by a downtown parade of stagecoaches, soldiers, acrobats, wild animals, chuckwagons, calliopes, cowboys, Indians, outlaws and trick shooters firing off birdshot at targets thrown haphazardly in the air. In 1898, admission to the show was half-a-buck for adults, two bits for children under 9. The Buffalo Bill show traveled by their own special train, usually arriving early in the morning and giving two shows before packing up to travel all night to the next town. 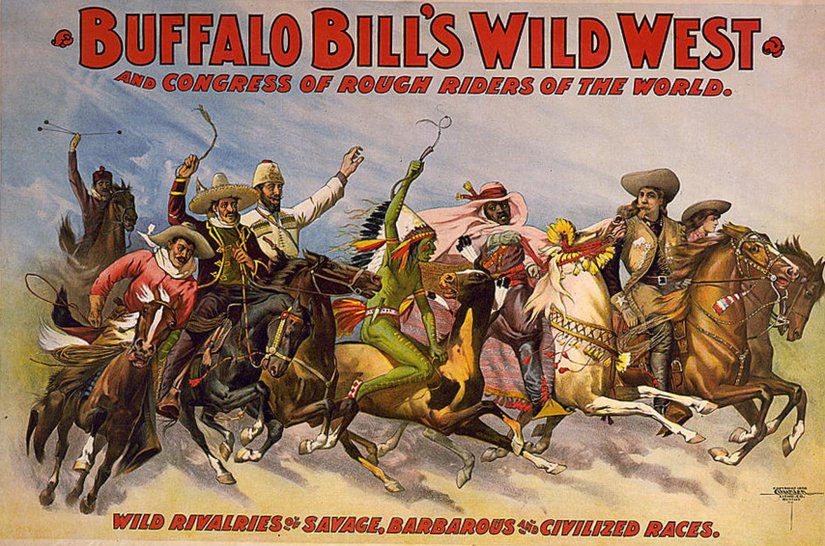 Buffalo Bill traveled with five different shows during his lifetime: 1872 – 1886: Buffalo Bill’s Combination acting troop / 1884 – 1908: Buffalo Bill’s Wild West / 1909 – 1913: Buffalo Bill’s Wild West and Pawnee Bill’s Far East / 1914 – 1915: Sells-Floto Circus and Buffalo Bill’s Wild West / 1916: Buffalo Bill and the 101 Ranch Combined. By the end, Buffalo Bill had to be strapped onto his saddle to keep from falling off (after all, he was over 70-years old at the time). Despite the perceived exploitation of his Wild West Shows, Cody respected Native Americans, was among the earliest supporters of women’s rights and was a pioneer in the conservation movement and an early advocate for civil rights. He described Native Americans as “the former foe, present friend, the American” and once said that “every Indian outbreak that I have ever known has resulted from broken promises and broken treaties by the government.” He also said, “What we want to do is give women even more liberty than they have. Let them do any kind of work they see fit, and if they do it as well as men, give them the same pay.” 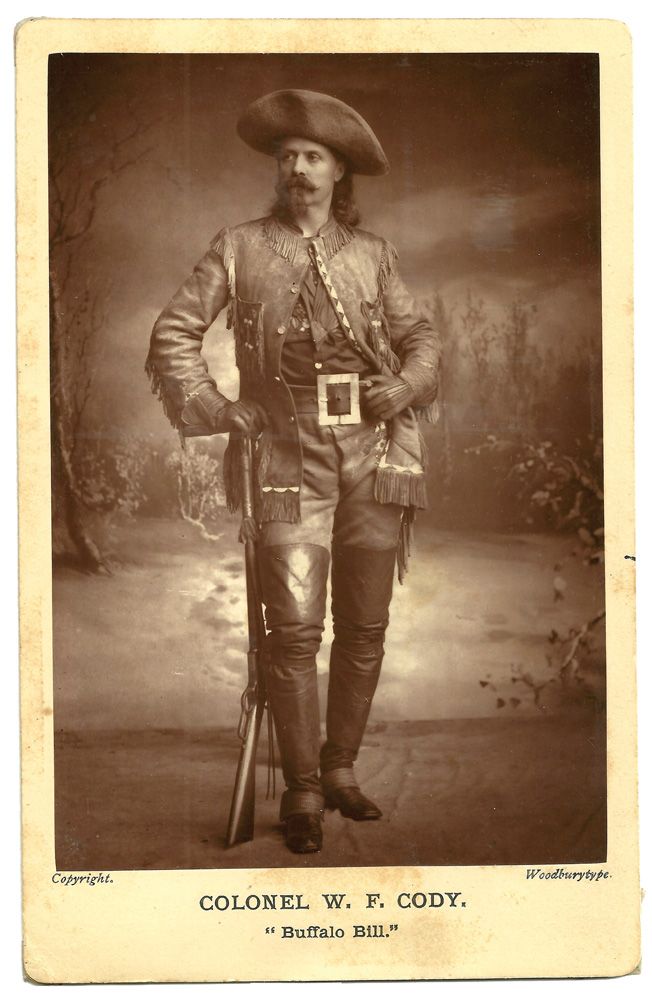 Although many reports make it seem that Buffalo Bill died a pauper, at the time of his death on January 10, 1917, Cody’s fortune had “dwindled” to less than $100,000 (approximately $2 million today). So you see, there is more to Buffalo Bill Cody than meets the eye. Although often portrayed in pantomime as a grossly exaggerated caricature of a buckskin clad circus act, he really was the real deal.