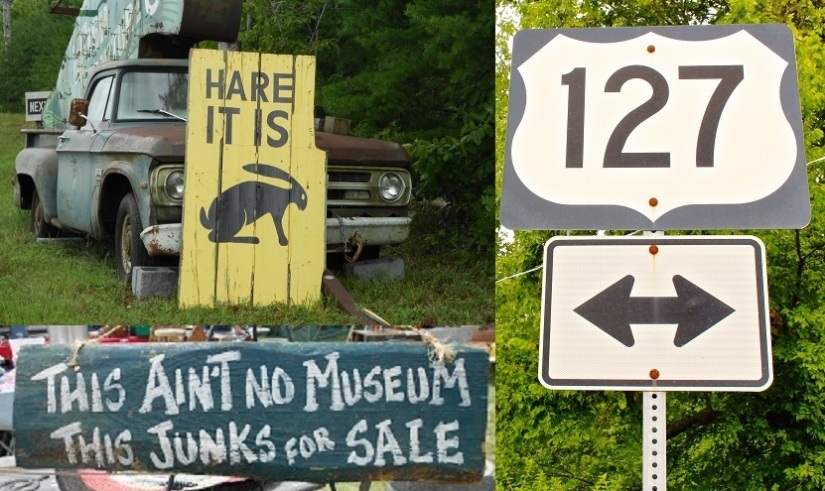 Last week, my wife and I (along with fellow antiquer buddies Chuck & Becky Hodson) decided to revisit the tortuous multi-state adventure known as The 127 Yard Sale. Also known as the World’s Longest or 127 sale, it is an annual event that officially begins on the first Thursday in August, and concludes on Sunday. The sale spans six states (Michigan, Ohio, Kentucky, Tennessee, Georgia, and Alabama) and 690 miles. This was our 6th journey into the hills and dales of Kentucky & Tennessee to essentially poke through other people’s stuff.
I wrote an article detailing one of our trips a few years ago, but I figured it was time to retrace our steps just in case any of you are considering going yourselves someday. FYI, the dates for 2017 are August 3rd to the 6th and August 2nd to the 5th in 2018. The official route begins 5 miles north of Addison, Michigan and ends in Gadsden, Alabama. While there is no official count, an estimated 100,000 shoppers visited the approximated 5,000 vendors along the route.

According to their website, the 127 Yard Sale began in 1987. Mike Walker, former Fentress County Executive in Jamestown, TN, planned the event to encourage travelers to bypass interstate highways such as I-40 and I-75 in favor of scenic routes that would take them through rural communities and allow them to experience what the small towns and cities had to offer. With state parks, historical attractions, scenic drives, water falls, opportunities for hiking and biking, rivers and lakes for boating, train rides, horse back riding, fishing, blue grass music, arts and crafts festivals, and more, this provided a great opportunity to bring more visitors to Tennessee and the 127 Yard Sale route.
So now that you know the details, route and history of the 127 yard sale, let me give you some tips of what you can expect, guidelines you might adhere to and examples of things you are likely to find along the way. If you’re a lifetime collector of “stuff”, then you’re sure to have a ball. If you are decorating a house, room or man cave, you’ll have a blast. On the 127, there’s stuff you didn’t know existed, stuff you just have to have, and stuff you didn’t know you needed. If you don’t like traffic, have no patience or can’t stand the heat (literally not figuratively)then you might want to stay home.
Although the route begins in Southern Michigan and spans the entire state of Ohio, I recommend that you start South of Cincinnati. Oh, and that you start out on a Wednesday. Yes, “officially”, the sale starts on Thursday, but most dealers are up and running by hump-day. We spoke to many who had been set up since the previous Saturday, but I’m guessing those were only the diehards catering mostly to the locals. I have tried to start the sale in Ohio in years past but came away with little more than wasted time and needless delay. I have met people whose 127 experience involves shopping only in the Buckeye state, then heading home to sleep in their own beds the very same night. So that could be a good test run for those still sitting on the fence.
However, if you want to really experience the 127 yard sale, let me offer some pointers. First of all, take plenty of bottled water. A cooler full of ice and a case of water will be your best friends for this particular journey. Remember all those old movies about people stranded in the desert? That’s what the 127 sale is like. We went through 16 bottles of ice cold water on the first day alone. Second, wear light colored, loose fitting clothing and comfortable shoes. You’ll be walking through dirt and tall grass in many places so don’t wear your expensive sneakers but rather your sturdiest, most utilitarian pair of kicks. Third, for this trip, I bought the ladies each a cooling towel at Lowe’s. Get it wet, give it a snap then drape it around the neck and you’ll think it a worthy $ 5.00 investment I assure you. File that under the “Happy Wife, Happy Life” category. 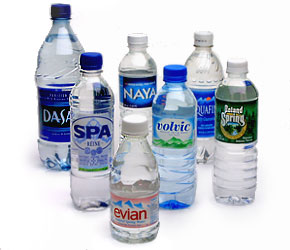 There’s a lot of stop-and-go traffic along the route so be patient and take care while driving. It can be a hazardous drive in places where vendors occupy both sides of the two-lane road, traffic slows, sometimes coming to a complete standstill as people shop from their cars trying to decide whether a pull-off is worthy or not. You’d be surprised how many yard-salers slam on their brakes when they see a velvet Elvis leaning up against a table from the roadway. Always use your turn-signals and avoid sudden stops, don’t make U-turns and safely pull as far off the roadway as possible. Although it is a two-lane road in most places, 18-wheelers, dump trucks and farm machinery make regular appearances. So pull out with care while leaving all stops.

Assuming you are starting South of Cincinnati, consider making hotel reservations in or around the Harrodsburg / Danville, Kentucky area for your first night’s stay. Not only will you be spending the night in historic Daniel Boone country, you’ll most likely find that, allowing for the frequent stops on your treasure hunt, you will have seen all you care to see by the time you reach this area. Go out and have a nice dinner and turn in early. If you are a people person, you’ll soon discover that most of your fellow hotel guests are coming off the sale as well. Many of them are eager to tell stories, share tips and show off their prized buys after a day of buying on the 127. Swapping tales about your shared struggle can be some of the best memories of all and are only rarely disappointing.
At least in the case of the 127 sale, the early bird does not get the worm. No need to get up early because, unlike most neighborhood garage sales, these folks rarely uncover their tables before 9:00 am. If you find yourself walking through dew soaked fields on the 127, you’re likely walking past covered tables with nothing to show for it but soggy socks and shoes for the rest of the day. Remember athlete’s foot? Sleep in, hit the continental breakfast and let the morning sun bake the dew away. 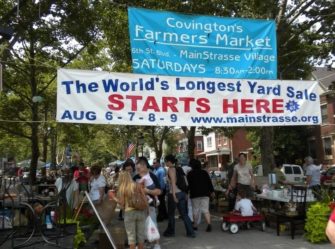 Once you’re out on the road again, you’ll soon find that yard sales are EVERYWHERE! In the front yards of people’s homes, farm fields, cow pastures, side streets and alleyways, in empty lots, business parking lots, community parks, churches and town centers. Some areas will have large groups of vendors together (127 veterans call these ‘tent cities’), while others will be set up separately. As you weave your way from one yard sale to the next, Highway 127 winds through horse country surrounded by beautiful rural areas and interesting scenery, so be sure to enjoy the ride along the way.
There is no set “opening” or “closing” time for the individual sales along the 127 Yard Sale route. Each vendor chooses the time they want to start and many stay open until dark. Traffic along the 127 Yard Sale route gels up considerably in congested areas and small towns, so how long you stay on the 127 per day is more dependent on what your personal goals are and how much ground you want to travel each day. Obviously, if you hit every yard sale, you’ll be hitting the hay late. By the very nature of the route, you may become intrigued with a specific area once you get to it and end up spending more time there then you initially planned. However, you will see as much as you wish to see and will always reach your full point when you decide you’ve seen enough. Best advice, concentrate on what you see, appreciate what you find and don’t have undue expectations about your results. Sometimes on the 127, the visitor takes only memories and leaves only footprints.