For many Indianapolis residents, Christmas in the Circle City is defined by one thing: The World’s Largest Christmas Tree. Every year since 1962, the dedicated electrical workers of IBEW 481 have dutifully transformed the Soldiers and Sailors monument into a glistening, magical pyramid of lights that even the most skeptical Scrooge among us proudly calls the world’s largest Christmas tree. This year marks the 56th anniversary of that monumental Christmas tree.

Although I never fail to take my annual trip around Monument Circle at Christmastime to gaze in wonder at the fantastic fir tree fantasy, my personal memories of Christmas on the Circle revolve around a little shack that used to rest at its base facing the Indiana Statehouse. You may think of the L.S. Ayres Cherub, Santa’s mailbox, the 26 larger-than-life toy soldiers and sailors surrounding the Circle, the 26 red & white striped peppermint sticks, the 52 garland strands or the 4,784 colored lights strung from the top of the Monument to its base, but I think of the Roselyn Bakery Christmas Hut.
For a quarter century beginning in 1974, every year on the night after Thanksgiving Indianapolis based Roselyn Bakeries set up a special “Christmas Hut” to celebrate the lighting of the “World’s Largest Christmas Tree” on Monument Circle. The best part? Many lucky visitors received free Christmas cookies made from a “secret” Roselyn recipe. Surely those cookies were made by Roselyn’s mascot “Rosie” herself inside that tiny little shed, right?

Decorated with Gingerbread man shutters and candy cane pillars, coated in what looked like white icing, the Christmas hut was set up on the West side of the Circle where it remained for 25 years from 1974 to 1999. It was estimated that some 1.2 million Gingerbread man cookies were handed out from within that festive little house over those years. Just like the bakery itself, that little hut was an institution. 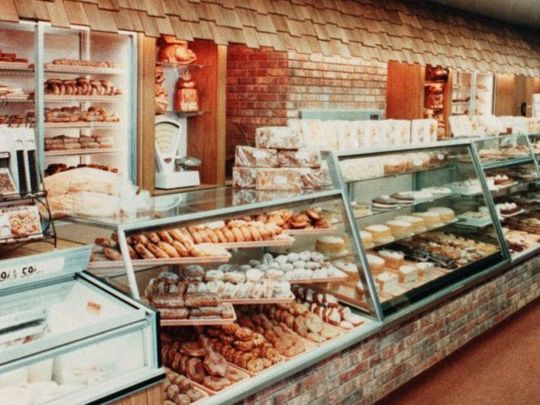 Roselyn Bakery was founded in 1943 with its first storefront located at 22nd and Meridian Streets. Within the decade Roselyn bakeries could be found all over the city. You might remember those old city buses with the early Roselyn Bakery cartoon chef logo known as “Mr. Henry.” By the Bicentennial celebration in 1976, there were over 30 Roselyn locations all over central Indiana. When they closed up shop in 1999, Roselyn had some 40 locations offering over 700 different items. I’m still amazed by the memory of those Grandmotherly looking counter ladies wrapping up those cookie and cake boxes with that menacing looking string-tie machine that made that frightening bullwhip sound: “Whoosh-snap!”

For me, Roselyn will always be identified for buttermilk jumbles, toffee cookies, alligator & sweetheart coffee cakes, yeast donuts and the darling little girl cartoon mascot known as “Rosie”. A blonde haired, blue eyed perpetually smiling little naive whose popularity forced the Roselyn Christmas Hut to undergo a name change to “Rosie’s Gingerbread House.” If memory serves, for a time there was even a living, breathing life-sized “Rosie” mascot dressed in a horribly oversized paper mache’ head and wearing a red velvet dress. Every so often, she would wobble awkwardly out of the Gingerbread hut to personally pass out cookies to the eager, but slightly befuddled, kiddies on the Circle. As I recall, she didn’t speak, but to a 12-year-old cartoon addicted boy like me, her skirt was short and her cookies were hot.
Today, nearly two decades after that Roselyn Christmas house disappeared, the lighting of the Circle is called the “Festival of Lights” attended by a crowd of over a 100,000 people with another 50,000 viewers watching the event live on TV from home. In 2011, Travelocity called the Circle of Lights one of the top five “must-see Christmas trees” in the country. To quote the old Virginia Slims cigarettes slogan from Rosie’s days, “You’ve come

a long way baby.”
The “Christmas in the round” idea was born in 1945 at the close of World War II and intended as a celebration of peace at a monument built to honor fallen soldiers. Renowned Indianapolis architect Edward D. Pierre (IPS schools # 7 & 78, Indiana State Library and Historic Bureau) first suggested decorating and lighting the Monument as a glowing symbol of peace. Until 1961, decor was confined to the lower parts of the Monument. The next year, the “World’s Largest Christmas Tree” was born. That simple program with a few speakers in 1962 has evolved into an intricate hour-long television show today. As for Roselyn, the cakes, donuts and cookies can be found in several of the grocery store chains around town. But its not quite the same. The bakery chain’s only remaining evidence on our streets are the many Roselyn Bakery “Frankensigns” that dot the city in front of those familiar low rise buildings that once sold Rosie’s sugar-coated sweets.

Eight mayors and ten governors have served our city and state over the past 50 years. I can’t say that I miss any of them, but I do miss those Gingerbread cookies. If you do too, you can make them yourself. Here’s the recipe for Roselyn Bakeries famous Gingerbread Men cookies: 1 1/4 teaspoon allspice, 2 3/4 teaspoons baking soda, 5 teaspoons ground cinnamon, 1 teaspoon ground cloves, 1 teaspoon ground ginger, 2 1/2 teaspoons salt, 3/4 cup Crisco shortening, 3/4 cup granulated sugar, 6 tablespoons whole eggs, 1 1/4 cup extra fine coconut (Make sure that the coconut you use is very fine, almost like coarse sugar-you may have to grind store bought coconut flake down), 1 1/4 cup honey, 5 cups all-purpose flour. Preheat oven to 360 degrees F. Combine allspice, baking soda, cinnamon, cloves, ginger, salt, shortening, and sugar into a large mixing bowl. Cream together. Scrape down bowl. Add beaten eggs and mix thoroughly. 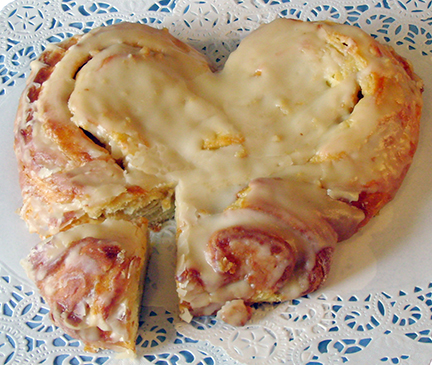 Scrape down bowl. Add coconut and honey and mix well. Scrape down bowl. Add flour and mix well. On a lightly floured surface, with a floured rolling pin, roll dough 1/8 inch thick. With a 5 inch long cutter, cut out men. Re-roll trimmings and cut more cookies. With spatula, place 1/2 inch apart on cookie sheets. Bake at 360 degrees for 8 minutes or until browned, then, with spatula, remove cookies to racks to cool. Decorate as desired. Makes 3 dozen cookies. Now if I could only locate a slightly used Christmas shack.