On Sunday, October 7, 2001, 6-time all-star Bobby Bonilla of the St. Louis Cardinals stepped to the plate before a crowd of 47,518 fans at Busch Stadium. The 3-time silver slugger award winner appeared as a pinch hitter and struck out in the 9-2 loss to the Houston Astros. It was Bonilla’s last at bat as a player. He officially retired at season’s end citing “injuries and reduced playing time” as the main reason for his decision. And although Bobby Bonilla has not recorded an MLB at-bat in 14 years, on July 4th, he cashed a $1.19 million paycheck from the New York Mets.
Bonilla was a 3rd baseman / outfielder for 8 teams (Pirates, Mets, White Sox, Marlins, Braves, Cardinals, Orioles and Dodgers) during his 16 year big league career. He finished with a .279 lifetime batting average, 287 homers and 1,173 R.B.I. He turned 52 years old this year and yet his salary would be the eighth-highest on the Mets 2015 payroll. He received his first million-dollar-plus check on July 1, 2011 and will continue to receive one every year until 2035. The $1.19 million tag would place him above Mets stars Noah Syndergaard and Matt Harvey even though Bonilla hasn’t worn a Mets uniform in 16 years.
At his peak, he averaged 20 home runs a year with 100 RBIs and a batting average over .300. In 1991, Bobby signed a five-year $29 million contract with the Mets that made him the highest paid baseball player ever, up to that point. Bonilla played for the Mets from 1992-1995, tanked, then bounced around the league for 3 teams in 3 seasons. He returned to Shea Stadium and the Mers in 1999 when he hit a paltry .237 with seven homers and 30 RBI in 60 games. During that horribly bad season, Bonilla spent the bulk of his time arguing with manager Bobby Valentine. The season ended with an embarrassing incident that irreparably severed the Mets love affair with Bobby Bonilla.
In Game 6 of the 1999 NLCS, the Mets were down to the Atlanta Braves 5-0 in the first inning. By the 7th inning, the Mets had tied the game. Both teams battled run-for-run to remain tied through the 10th inning. By then, Bonilla and teammate Rickey Henderson had been pulled from the lineup. While their teammates were fighting for their series lives (they were down to the Braves 3 games to 2), Ricky and Bobby were absent from the dugout. Seems they were in the clubhouse playing Go Fish as the Mets lost to the Atlanta Braves 10-9 in 11 innings The victory sent the Braves to the World Series.

By then, the Mets wanted to get rid of Bonilla’s contract so badly that they deferred his $5.9 million buyout until the year 2011. Ironically, Bonilla signed with Braves for the next season even though the Mets still owed him $5.9 million. Enter the biggest financial error in Mets history. Instead of simply writing Bonilla a check for that amount in 2011, they agreed to spread it out over 25 years, plus interest. The Grand total after eight percent interest? $29,831,205. Cha-Ching!
So why on earth would the New York Mets agree to that incredibly lucrative contract that still pays Bobby Bonilla millions every year? The answer involves some razzle-dazzle financial planning, an overly aggressive Mets owner and, are you ready for this? Bernie Madoff. Mets owner Fred Wilpon accepted the deal mostly because he was heavily invested with Ponzi scheme operator Madoff. Wilpon did the math and decided that the 10 percent returns he believed he was getting on his Madoff investments outweighed the 8 percent interest the Mets were paying on Bonilla’s initial $5.9 million. While it is true that the Mets team owner deserves the blame, Bonilla deserves some credit here.
Bobby was in the twilight of his career and he knew that these were likely the very last dollars he would ever see from a big league contract. He was still young (36) with a young son and daughter who would be looking to go to college, and he likely had many years worth of life left to live. Whatever money he had saved up plus this final payment from the Mets would need to last him the rest of his life. Bonilla surely realized that high profile athletes going broke was an all too common story. Sports Illustrated recently reported that 70% of NFL players, 60% of NBA players and a high majority of MLB players went bankrupt within 2-4 years after retirement.

Many of these athletes are notoriously bad at managing their own money. Their teams often take care of all travel, meal and lodging expenses as part of their contracts. They see their salaries as instant, disposable income and make terrible investment decisions. When they retire or injury ends their career, they continue to spend wildly even though there is no more money coming in. Curt Schilling lost every cent of the $50 million he made playing baseball on a failed video game company. Allen Iverson squandered a $150 million fortune on gambling, houses, jewelry, child support and a 50-person entourage. Mike Tyson blew through a $300 million fortune. Evander Holyfield blew through a $250 million fortune. Phillies star Len Dykstra lost his fortune, then regained it only to lose it again. Locally, former Colts Quarterback Art Schlicter lost his fortune to drugs and gambling and he has been in-and-out of prison since his playing days ended.
When it came time to leave the Mets, Bonilla was smart enough to negotiate one of the most forward thinking contracts in sports history. He knew the Mets wanted him gone but they still owed him $5.9 million. Bonilla and his agents offered the team a quick fix: The Mets could release him and delay paying him the $5.9 million buyout for 11 years, with interest, starting in the year 2011. When he received his first payment, Bobby was 48 years old and had not played in the big leagues for a decade. He has basically guaranteed himself a big league salary every year for the rest of his life. Today Bobby Bonilla makes more than most of the team’s active players! So, again, why would the Mets ever agree to that deal?
In 1986, real estate developer Fred Wilpon purchased 50% of The New York Mets for an undisclosed sum. He then purchased the remaining 50% for $135 million in 2002. Wilpon was one of the biggest investors in Bernie Madoff’s Ponzi scheme hedge fund. It has been reported that Wilpon lost about $700 million with Madoff, which led to speculation that he would be forced to sell the team. Wilpon expected that the Mets would actually make a huge profit by deferring Bonilla’s $5.9 million. Even though it meant agreeing to pay Bonilla more than five times the amount they owed ($29.8 million), Wilpon estimated that the Mets would make $60-70 million in interest off of the $5.9 million over those 25 years investing with Madoff. Unfortunately for the Mets, Bernie Madoff’s investment fund was actually a gigantic scam that wiped out between $20 and $65 billion in wealth for thousands of investors. Madoff’s in jail for the rest of his life, Bonilla is a lifetime millionaire and Wilpon is still majority owner of the New York Mets. Go figure. 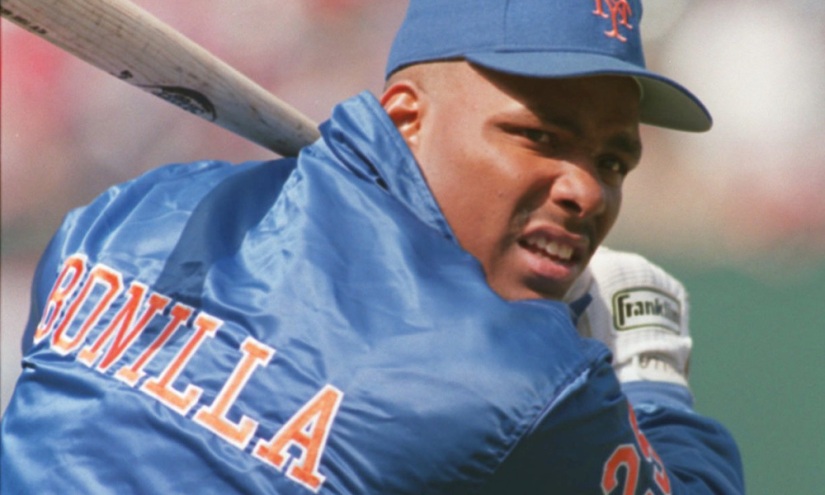 $1.9 million annual salary a decade after an employee leaves the job? What does all that mean? Well, nothing really. That is nothing to everyone except Bobby Bonilla. Keep in mind that an average annual teacher’s salary in Indiana is $ 53,000, a Hoosier cop makes about $ 50.000, a Circle City Fireman makes about $ 45,000 and the President of the United States makes $ 400,000 per year. To me it means that it’s the Major League All-Star game break again and I felt like writing a baseball story. True, the Bonilla deal remains a trivial footnote from the pages of sports history, but it’s a footnote that I find infinitely interesting.