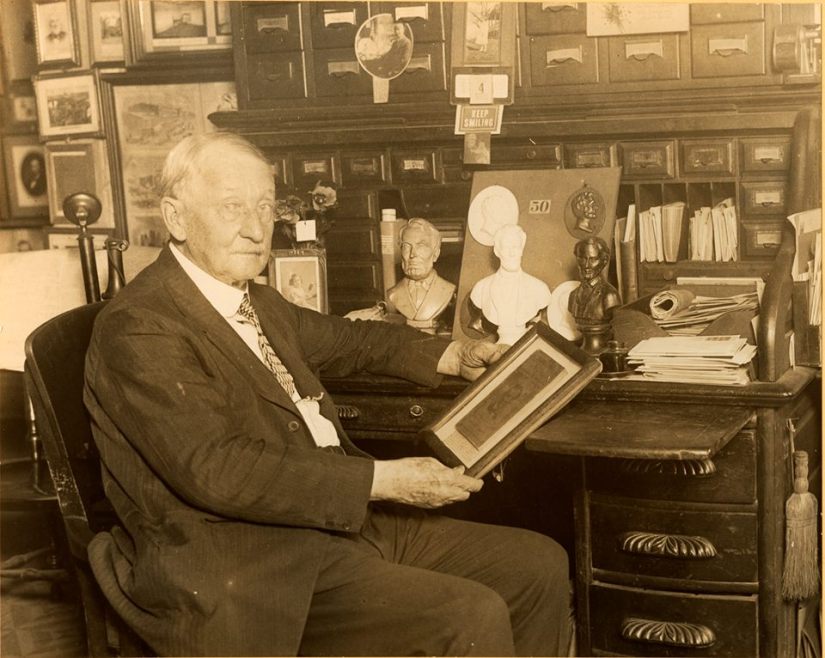 Abraham Lincoln collector and self-appointed curator of the Lincoln legend, Osborn Oldroyd, was not the type of man to stay down for long. After being unceremoniously kicked out of the Lincoln home in Springfield, Illinois in 1893, he soon found a new home for his “Lincoln museum” in Washington, D.C. In typical Oldroyd fashion, “Captain” Oldroyd now set up his “Lincoln museum” in the Petersen House, the home where Lincoln died located across the street from Ford’s Theater. As before, he set up his displays on the first floor and lived with his family on the second floor. One thing changed for Oldroyd though; this time he actually paid rent.
The move was not without controversy as critics charged that Oldroyd’s new museum featured artifacts he pilfered from the Lincoln home in Springfield. “He pretty much cleaned house when he moved out”, says Dr. James Cornelius, curator of the Lincoln Presidential library and museum in Springfield, “He removed property including the cast iron stove once cherished by Mary Lincoln along with the cradle she used to rock three of the four Lincoln boys in. He also removed a lot of the original wallpaper.” It would take researchers decades to decipher the original wall coverings from the Lincoln era; even longer to recreate them. They have all been painstakingly restored today.
According to the official 1992 Lincoln Home report, “By the time Oldroyd had been removed as custodian, the home had suffered irreversibly significant damage, with irreplaceable historic fabric removed and discarded without either a trace or documentary record of its appearance. After Oldroyd, the Lincoln Home would truly never be the same home known by the (Lincoln) family for their 17 years in Springfield.” In defense of Col. Oldroyd, this report was written nearly a century after the Oldroyd’s moved out of the house. 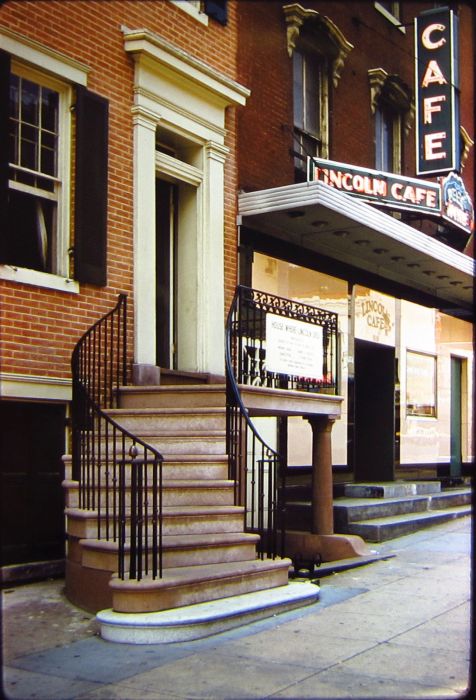 Ironically, the same year that Oldroyd moved to the Peterson house, Ford’s Theatre, where John Wilkes Booth had shot Abraham Lincoln, collapsed. The building, closed since the President’s death, operated as an office until June 9, 1893 when the interior of the historic building collapsed. Twenty-two clerks died in the tragedy and sixty-eight others were seriously injured. Within a year the damage was repaired and the former theatre was remodeled for use as a government warehouse.
A well-known German-American attorney, Louis Schade, purchased the Petersen House in 1878 for $4,500. He used it as his home and office space for his newspaper, The Washington Sentinel.Frustrated by nonstop visitors, Louis Schade sold the Petersen House to the Memorial Association of D.C. In 1896, this group then hired Oldroyd to live there and showcase his extensive display of Lincoln-related objects. The price for viewing his Lincoln memorabilia collection, you guessed it, twenty- five cents. In 1917, he wrote and published “The Assassination of Abraham Lincoln”, detailing the murder and death of his hero. The book became an overnight best seller.
What makes this particular Oldroyd book (he wrote several) so fascinating is the fact that Odroyd actually walked the entire John Wilkes Booth escape route, over 100 miles, on foot. Along the way, he stayed in homes, barns and buildings wherever he could find them. In some case these buildings had connections to the participants involved in that tragic night. He brought along his early Kodak box camera to record the buildings and scenes as Booth might have seen them. We owe a great debt to Oldroyd for this singular pursuit in particular as the landscape was rapidly changing and the buildings were literally melting into the ground.
In 1925, in failing health, Oldroyd decided to sell his collection of Lincoln memorabilia, including rare books, photographs, mementos, and Lincoln’s original furniture, to the United States government. Oldroyd’s passion for the sixteenth President and collecting Lincoln memorabilia was the focal point of his life. After years of offers and counter-offers, the government finally purchased the entire collection for the sum of $50,000 in 1926. Thirty years later Congress put the Oldroyd Lincoln collection on public display at Ford’s Theater. Here the “Oldroyd Lincoln Memorial Collection” found its permanent home and there it can be seen by the public, free of charge, to this day. 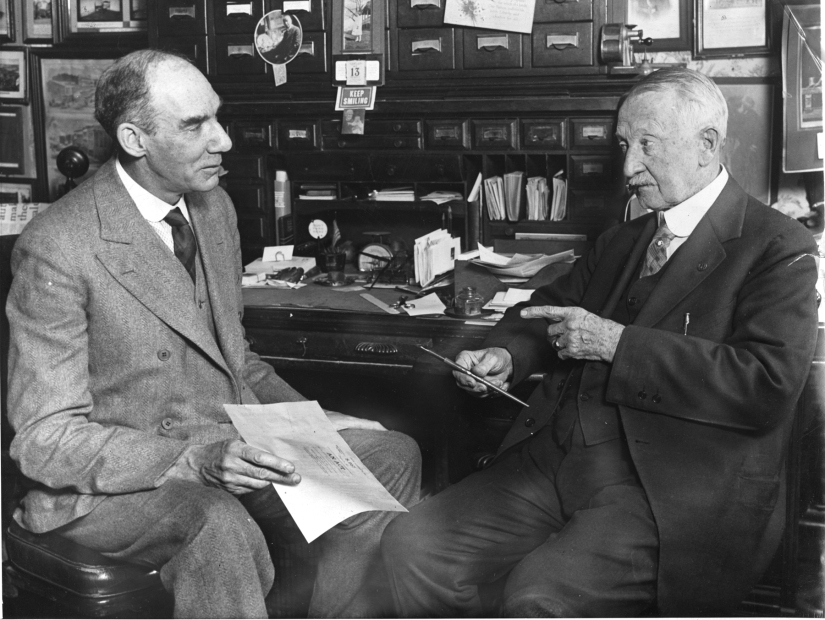 The May 2, 1926 Washington Post announced the purchase with a banner headline reading, “Gets Storehouse of Lincoln Relics: Government Action Assures Preservation of Oldroyd Collection Here.” The newspaper column reported, “Captain Oldroyd has been gathering the collection for 63 years, having started on this patriotic work of love for his chieftain soon after he was released from service in the internecine strife (Civil War). Mr. Oldroyd is now 80 years old. Having for years been a student of Lincoln, acting as guide for his collection all through its formation, Capt. Oldroyd has become a rich source of Lincoln traditions. Passage by Congress of the measure authorizing the purchase of the Oldroyd collection, 3, 000 authentic Lincoln mementos now on display in the historic Petersen House where the martyred president died, will preserve for future generations making pilgrimages to Washington a great store house of materials identified with Lincoln tradition.”
Sadly, Oldroyd had only a short time to enjoy the financial success gained from the purchase of his beloved collection. In February of 1929, he applied for a pension, citing “bad age and senility”. At the time, his health was so feeble that he could scarcely write his own name on the designated form. Oldroyd passed away on October 8. 1930. His devoted wife Lida died four years later. They are buried side-by-side in Rock Creek Cemetery not far from Abraham Lincoln’s summer White House at the Old Soldiers home. 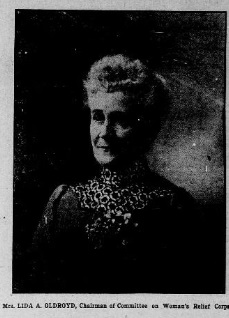 What became of the pilfered Lincoln home artifacts? During a near forty year period between the 1950s and late 1980s, the Lincoln Home got back the disputed 25 items from Ford’s Theater that Oldroyd had allegedly removed without permission. “The items were well preserved. For the most part, these were all utilitarian items that might have been used everyday by the residents of the home during the years before preservation became a priority.” says curator Cornelius “An argument could be made that if not for Osborn Oldroyd, these items might have been lost forever.”
Even today, the benefits of Oldroyd’s work are still showing up. In 2006 the Abraham Lincoln Presidential Library and Museum purchased a “unique” 1858 ambrotype photograph of Lincoln once owned by Oldroyd. “It is the first example of a ‘Photoshopping’ job done on Lincoln that we know of,” says Cornelius. The ambrotype was of an 1854 daguerreotype photo of Lincoln that had been altered. That original daguerreotype was lost in the great Chicago Fire, which makes the ambrotype even more important. “Thanks to Oldroyd for preserving it,” says Cornelius.
My fascination with Osborn Oldroyd rests squarely on the supposition that without collectors like Oldroyd, who knows how much of history might have been lost? After all, while alive, Lincoln was not at all the God-like figure he is today. In fact, it was touch and go with Lincoln at times. There seemed to be no middle ground with Old Abe, you either loved him or you hated him. It was only after his death that he ascended into legend and secular sainthood. To a man like Oldroyd, credit must be given for recognizing Lincoln’s greatness immediately. Without question, a Lincoln collection started in 1860 could have no peer. Add to that Osborn’s natural curiosity and acquisitional ferocity, his collection must have been astonishing. Then to have the opportunity, and charismatic ability, to reside in two of the most important homes in the Lincoln panoply, well that may well be the ultimate commentary on Oldroyd himself.
As for his hawkish, carnival sideshow way of promoting the Lincoln legend by leading boisterous tours accentuated by occasional loud-talking within the hallowed walls of the Lincoln home itself, it must be remembered that Oldroyd was a man of his times. Operating during an era that brought us promoters like P.T. Barnum whose famous credo “there’s a customer born every minute” resonates clearly in the present day vernacular. Barnum’s self proclaimed charge was to find ways to draw new customers in an era when competition was fierce and people could become bored easily. Knowing this, its easy to understand the reasoning behind Oldroyd’s reputed shameless self promotion. After all, he had to keep the museum doors open.
In the end, Osborn Oldroyd was a man who fought hard for his country’s cause in the Union army and afterward did everything in his power to preserve the honor and memory of his hero and commander-in-chief, Abraham Lincoln. Did he step on some toes and ruffle a few feathers in the process? Sure, but as Abraham Lincoln himself once said, “Perhaps a man’s character was like a tree, and his reputation like its shadow; the shadow is what we think of it, the tree is the real thing.” Three months before his death at the age of eighty-eight, Oldroyd took pen in hand to write an expression of heartfelt gratitude to a well wisher in the form of a poem: “Words of cheer and handclasps warm, fragrant flowers and music’s charm, Reminiscences of days gone by, Ah, surely none so blest as I.”

Next week: part III of “Osborn Oldroyd-Keeper of the Lincoln Flame.”